Following the release of the Department for Education’s Green Paper, “Schools That Work For Everyone”, commentary in the media and among educational commentators has focused primarily on the government’s proposals to allow the expansion of selective education. Also notable within this document, however, are proposals relating to faith schools, specifically those which have opened as new academies or free schools. While these schools, if over-subscribed, have previously been permitted to apply faith-based selection criteria only to the first 50 per cent of places, the Green Paper proposes removing this restriction. Arguing that the admissions cap has not increased diversity within faith schools, and has prevented new Catholic schools from opening in spite of high demand, the Green Paper recommends that it be replaced with “a series of strengthened safeguards to promote inclusivity” in faith schools. These include establishing mixed faith multi-academy trusts, appointing governing body members from a different religious background, and developing twinning arrangements with schools of other faiths.

If ‘school twinning’ sounds familiar, that may be because it has been advocated before. Following riots in Oldham, Bradford and Burnley in summer 2001, the Cantle report similarly recommended “the twinning of schools with predominantly different cultures” to improve relations, as did the Commission on Integration and Cohesion in 2007. In response, the Labour Government provided funding in 2007 for a series of pilot school twinning (or ‘linking’) programmes, via the Schools Linking Network. Interestingly, in light of the current proposal, this national level scheme came to an end with the change of government in 2010, but the findings from the evaluation (Kerr et al, 2011) have renewed relevance. While this reported a positive impact in most cases on pupils’ intercultural knowledge and understanding, it also identified challenges in recruiting secondary schools, translating the programme’s aims into practice, and sustaining school links. The evaluation also reports that some schools met only twice over a year, which may give cause for scepticism about the scheme’s potential to foster durable relationships and change attitudes.

By combining the provision of opportunities for contact with the teaching of curricular subjects, including examination courses, shared education ensures that the intercultural dimension is built into schools’ core activities

If the proposals from the Green Paper are implemented, and school twinning returns to the national agenda in England, recent experience from Northern Ireland may prove instructive. Since 2007, ‘shared education’ initiatives have worked with schools from the Catholic, state (de facto Protestant) and integrated sectors to develop collaborative partnerships, with the aim of improving social relations and enhancing educational provision (Gallagher, 2016). Schools cooperate across denominational lines to deliver joint lessons and activities for students, who travel between the schools for classes, and joint CPD for teachers on shared educational priorities. By combining the provision of opportunities for contact with the teaching of curricular subjects, including examination courses, shared education ensures that the intercultural dimension is built into schools’ core activities. This helps avoid the difficulties encountered in previous initiatives, where community relations activities have been neglected as schools focus on delivering the curriculum.

Whereas school twinning typically involves up to four meetings per year, participants in shared education meet more frequently – on a weekly basis, for example, over a year or more. In line with the principles of contact theory, this allows time for pupils to get to know one another, build trust and form friendships. Our programme of research has identified positive outcomes of contact via shared education, with students at participating schools reporting more friends from the other group, more positive intergroup attitudes, more positive action tendencies (i.e. a desire to help, support and learn more about the other) and less anxiety about interaction than those whose schools did not participate (Hughes et al, 2010, 2012). Notably, pupils attending participating schools in divided areas reported more positive attitudes towards the other community than students at non-participating schools in more integrated settings (Hughes et al, 2010). Research has also examined how difference and diversity is addressed through shared education and explored how classroom factors – including the subject, teaching style, group size and classroom layout – influence contact between students, in each case making recommendations to enhance the programme’s impact (Loader and Hughes, 2016; Loader, in press).

Whether or not changes to faith school admissions proceed in England, there remain questions about the adequacy of previous ‘twinning’ approaches in promoting cohesion and changing attitudes among young people in monocultural schools, particularly where these are located in segregated communities. Providing the benefits of frequent contact within the framework of faith schooling, and with a growing body of evidence to support it, shared education may offer a more promising way forward. 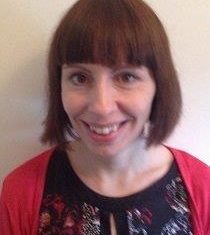 Dr Rebecca Loader is a Research Fellow within the Centre for Shared Education at Queen’s University Belfast. Her interests are in faith schools, social cohesion, intergroup relations and post-conflict education. Her current work explores the application of shared education in international contexts.