Following engagement with Savage et al’s (2013) Great British Class Survey (GBCS), and subsequent criticisms of it – for instance, the selectivity of indicators of each capital (Bradley, 2014) – there has been little further development of the application of Bourdieu to quantitative methodology. Given the changing nature of the labour market and working patterns, there appears to be a need to present alternatives to the existing occupation-based measurement of (social) class: the National Statistics Socio-economic Classification (NS-SEC).

This is what my doctoral thesis attempts to do, through constructing a survey instrument whereby further education (FE) students’ social class background is investigated using Pierre Bourdieu’s concepts of economic, cultural and social capital. Based on a review of existing literature on Bourdieu’s capital(s) and its application in quantitative sociology, the indicators used for each form of capital are:

Students are given a social class index, on a scale between 0 and 60, which is calculated by bringing together the separate economic, cultural and social capital scores from the survey. Students will then be categorised into a theoretical social class: lower/higher working class and lower/higher middle class.

‘Given the changing nature of the labour market and working patterns, there appears to be a need to present alternatives to the existing occupation-based measurement of (social) class: the NS-SEC.’

While analysis of the student responses is yet to take place, some initial reflections can be offered on the experience of applying Bourdieu’s capital(s) in survey research, particularly in educational settings such as further education colleges.

First, there is a need to consider the difficulty of incentivising young people within further education colleges to complete the survey during their free time. Fortunately, during my doctoral research, gatekeepers within participating colleges were enthusiastic about my project and devoted time to maximising student participation. This included, in some cases, allowing students to complete the survey during their tutorial hours. Having individual gatekeepers within educational institutions that were supportive of the research was very useful in this project. Despite this assistance, however, there was inevitable variation in the number of students who completed the survey. For example, one college provided 47 responses while the highest number of responses from a single college was 371. In my doctoral research this variability was more pronounced among students completing qualifications off-site, such as apprenticeships, as well as among part-time students. This means that despite approximately 1,100 students taking part in the survey, there remain gaps in participation. In addition to institutional investment, students were also incentivised through entry into a raffle whereby they could win vouchers – though the value of these vouchers was low, in line with the guidelines issued by BERA (BERA, 2019). Irrespective of the valuable support that institutions can provide, there was still difficulty in maximising completion given the length of the survey to be conducted.

Second, another highly significant consideration was the measurement of capital(s), for which a considerable amount of time was necessary. Although there is little research to draw upon, the existing literature did provide some guidance in how to create indicators for the capital(s). This difficulty was particularly pronounced for operationalising cultural and social capitals. For example, social capital is not merely the sum of all social contacts possessed but the ability to mobilise these to generate advantage and use them as a resource. To remedy this, semi-structured interviews were used to explore the mobilisability of social capital, in addition to asking, in the survey, for an indication of each student’s social network.

‘While at present parental education is feasible as a way of indicating an individuals’ socioeconomic background and, arguably, cultural background, in the not-too-distant future this will be problematic.’

A final reflection pertains to the future of social class research and the need for more innovative forms of indicative measurement to be developed for this. Firstly, this is because of ongoing socioeconomic changes which create issues with using a solely economic operationalisation of social class (for instance, casualisation across occupational groups). Secondly, there is an issue with using other non-economic indicators, such as parental education. While at present parental education is feasible as a way of indicating an individuals’ socioeconomic background and, arguably, cultural background, in the not-too-distant future this will be problematic. This is because of the expansion of educational opportunity: with over 50 per cent of young people now attending higher education, there are now issues with using a basic measurement of parental education level as an indicator of cultural capital (DfE, 2019). Thinking innovatively will allow for potential multidimensional operationalisations to be considered and, as a result, for the changing social class dynamics in contemporary society to be captured more clearly. 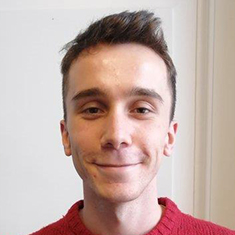 Ross Goldstone is a PhD candidate at the School of Social Sciences, Cardiff University, where he is studying the relationship between social class and further education participation and experience. His current interests are in educational inequality and the sociology of education, in addition to wider debates around social class, and the ideas of Bourdieu and their application in educational research. Further information is available on his