Degree-qualified practitioners contribute to the quality of early years education and improve children’s outcomes. However, little is known about the content and structure of early years degrees, or the employment outcomes of graduates (Campbell-Barr, 2019). Furthermore, fluctuating policy commitments have resulted in a two-tier system whereby staff in the maintained sector are required to hold a degree with qualified teacher status, while in the private, voluntary and independent sectors (PVI) a government commitment to develop a a graduate-led workforce has been abandoned (Nursery World, 2018). This blog post is based on a new national study (Campbell-Barr, Bonetti, Bunting & Gulliver, 2020), published today by the Education Policy Institute and funded by the Nuffield Foundation, that provides new insights into what constitutes an early years degree, and the employment trajectories of graduates.

‘Our new national study provides new insights into the content and structure of early years degrees, and the employment trajectories of their graduates.’

The first stage of the research explored the content of the full range of early years degrees in England available during 2019, and their entry requirements, course content and practice arrangements. The second stage of the analysis examined data on the employment trajectories of individuals who graduated from early years degrees in 2012/13, the latest year for which suitable data is available. We explored entry (into programmes) and exit characteristics of students, as well as aspects of their employment pathways such as type of employment, geographical movement to find employment and earnings, three-and-a-half years after graduation.

Our research shows variation between early years degrees in terms of content, age specialisations and entry requirements. Analysis of online course descriptors demonstrated that early years degrees cover a range of subjects but share no obvious common core. Degrees had a strong employment focus on professional practice and reflection, alongside pedagogy (teaching and learning); however, they lacked clear references to future statutory aspects of working in the early years, such as child protection and children’s rights.

Similarly, work placement arrangements are also fragmented, with links between theory and practice not always strong or uniform. While some degrees ‘encouraged’ students to undertake placements, others stipulated a set number of hours to be completed, per term, per year or over the duration of the degree. In some instances, the degree was designed to be combined with paid employment.

Graduates mostly stay in the early years sector, but as part of a localised workforce, with little movement between pre-university residence, location of study and employment. This raises concerns about the geographical distribution of courses, because if students are unable or unwilling to travel for study then they may be unable to access high quality degrees that will fulfil their employment ambitions. This reflects wider literature that highlights the consequences for young people of moving away from home to study (Oksanen, Aaltonen, Majamaa, & Rantala, 2017). This is particularly noteworthy given the geographic concentration of certain course types with different economic returns. This lack of movement may also affect employment trajectories, as an uneven distribution of courses is likely to be reflected in an uneven distribution of graduates in the early years workforce throughout the country.

Three and a half years after graduation, 56 per cent of the students in our sample were employed in the early years sector, 15 per cent worked in occupations classified as ‘managers and proprietors’, and 28 per cent worked outside the sector. The lowest-earning group appears to be managers and proprietors, with 60 per cent earning less than £20,000 per year, compared to 47 per cent of those employed in the early years sector as non-managers/proprietors and 43 per cent of those employed in other sectors. Beside differences for those in managerial roles, however, there appears to be little variation in pay between those inside and outside the sector, which suggests that even for those with an early years degree there is little economic incentive to remain employed within the sector.

This blog post is based on A Systematic Review of Early Years Degrees and Employment Pathways by Verity Campbell-Barr, Sara Bonetti, Felix Bunting and Katherine Gulliver, published on Thursday, 10 December 2020 by the Education Policy Institute. An online launch event – Graduates in the early years workforce: how important are degrees for early years staff and the children they care for? – is being held today from 11.30am by the project’s funder, the Nuffield Foundation. 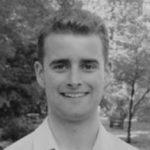 Felix Bunting is a researcher at the Education Policy Institute (EPI). Before joining EPI, Felix studied physics at the University of Oxford. Over the course of his studies, he interned as a quantitative analyst within industry, market research and public sector consultancy. He graduated with an MPhys in 2019, with his master’s project focussed on the theoretical basis of machine learning. 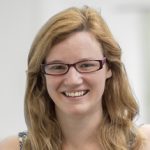 Lecturer and Researcher at Plymouth University

Katherine Gulliver is a Lecturer and Researcher at University of Plymouth. Her work focuses on Early Years, inclusion and special educational needs and/or disabilities. Her ongoing PhD explores innovative methodological approaches towards researching with young children to explore their support in mainstream provision. Her research interests include children’s rights, equitable provision and promoting social justice.