Exploring ‘Characteristic Spirit’ requires particular consideration of the ‘diversification of the cultural and religious make-up of the Irish population in the last twenty years’ (Fischer, 2010). Such diversification is represented in publicly managed, Education and Training Board (ETB) schools. Responding appropriately to this new social and cultural reality is not without its challenges. For example, O’ Toole (2015) when referring to authors such as Fanning (2002, 2007); Lentin (2002, 2007a, 2007b); Lentin and McVeigh (2006); Devine (2005); Halilovic-Pastuovic (2007); Kitching (2010); and Bryan (2009, 2010) describes the inherent problem with the conceptualisation of the term ‘interculturalism’ and conservatism present in intercultural initiatives in Ireland. Challenges in practice relate to pedagogy and curriculum, as well as to other features of school organisation and school life which reflect the culture, values, priorities and the particular responsibilities attached to being a publicly-managed ETB school in the Irish Republic. ‘Characteristic spirit’ is central to such discourse. This research project will inform the future work of ETB schools in explicitly expressing their characteristic spirit which reflects its cultural, moral, religious, spiritual, values and traditions. Such exploration and expression is central to the life of the school.

The origin of the project stems from avenues explored by the John Marcus O’ Sullivan conference working group. A pilot project took place in 2013 which explored ‘values and moral education in publicly-managed schools’ in three Kerry ETB and three Dublin and Dún Laoghaire ETB schools. The pilot project evidenced the need for further work regarding ‘Characteristic Spirit’. The current project consists of a team of researchers, based mainly in the University of Limerick. The project is supported by Education and Training Boards Ireland, Cork ETB, Dublin & Dún Laoghaire ETB, Galway & Roscommon ETB, Kerry ETB, Louth & Meath ETB and Limerick & Clare ETB. Eighteen schools are now involved in the project, throughout the six participating ETBs areas in Ireland. The current research phase which explores the cultural, moral, religious, spiritual, values and traditions of Publicly-managed ETB schools will be presented at BERA 2015.

Following completion of the current research phase, there is potential to increase the number of schools engaging with the project and consideration will be given to the dissemination of curriculum materials to other ETB schools across the country. Consideration will also be given to widening the scope of the research to include other school types and locations.

Correspondence regarding this article, the research project, upcoming activity or the BERA presentation is welcome and can be addressed to Jennifer.liston@ul.ie. Alternatively contact can be made with one of the research team members.

Fischer, K. (2010) ‘Ethos vs Ethics or the hierarchy of rights and values in schools – the Irish case’ paper for ‘Education and Citizenship in a Globalising World’ conference, 19-20 Nov. 2010, London

O’ Toole (2015) ‘1831–2014: an opportunity to get it right this time? Some thoughts on the current debate on patronage and religious education in Irish primary schools’ in Irish Educational Studies, Published online: 16 Feb 2015 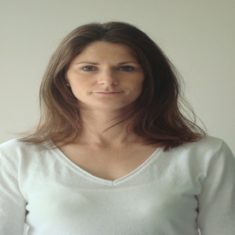 Policy for an imaginary school: a call to break the spell

The language that affirms gendered violence in schools

Wellbeing by acronym: Simplifying the complex?