This blog is based on research, conducted in 2021, which explored the concept of ‘ethnic capital’ through interviews with seven British Kashmiri academics whose qualifications ranged between graduate degrees, Master’s and PhDs.

In exploring the concept of ethnic capital, it is necessary to start with a focus on social class which, through one’s parents, largely determines one’s educational attainments and through them determines one’s class destination (Breen & Muller, 2020). In Bourdieu’s (1997) concept of habitus – the framework of ideas, relationships and practices which structure how we think and act – he placed capital at the centre of his analysis. This was expressed in extending the idea of capital from the realm of economics to the social and cultural domain. For Bourdieu such capital was classed; either working or middle class.

Lareau (2003) helps us to understand how class reproduces itself – that is, through different parenting strategies. When it comes to understanding the academic attainments of the children of migrants, socio-economic analysis is not enough. Despite the generally disadvantaged status of their parents, ethnic minority young people have been doing better than their white peers (Strand, 2011). In 1991, for the first time, data was collected on applications and entries to British polytechnics and universities by ethnicity. This showed that several ethnic minority groups were more likely to achieve a place relative to their white counterparts (Modood, 1993), albeit in a lower-ranked institution. Subsequent years showed the same pattern. A good illustration of the phenomena are British Pakistanis (the majority of whom are from Kashmir) who are one of the most economically disadvantaged groups in the country (CRE, 2021). Yet, they have a high participation rate in higher education. The suggestion here is that this cannot be explained by parental social class, pointing instead to the contribution of parents as an important factor. According to Modood (2004), the key feature that illuminates the phenomenon is one of ethnic capital, characterised as:

‘a non-dominant form of social capital, consisting of norms, practices and strategies of Pakistani individuals, families and communities which focuses on: familial adult-child relationships, transmission of aspirations and attitudes, and norms enforcement.’

Modood had found that parents, relatives and community members had ambitions to achieve upward mobility and believed that education was important in achieving those ambitions. They, therefore, prioritised the acquisition of education for which they were able to achieve buy-in from their children.

The findings in the current research have shown that all parents valued education and found different ways to engender respect for it in their children. They did so by providing good ‘at home parenting’ and directly encouraging the child to do their best in education. The parents provided the environment (the ‘educational air’) conducive to education and used their own life experience to stress the importance of education. In the words of one interviewee:

All the respondents were members of extended families that played a key role in their education. Their ‘education talk’ would reinforce the message already conveyed by the parents to their children.

‘Education talk was always around; it was in the ether. Uncles would talk about education and its importance. The community provided an encouraging infrastructure.’

Older siblings and cousins also encouraged respect for education and set an example to be followed. The children did as guided by the parents – attended school regularly, behaved well while there, and respected education and the teachers – which resulted in success through achieving their qualifications, often against the odds.

In conclusion, we can see that educational drive was integral to the lives of British Kashmiri parents and families. Relying on the resource of their ethnic capital, they were able to achieve what Lareau (2003) had described as ‘concerted cultivation’. The research significantly modifies Bourdieu’s idea of capital, as also done by Yosso (2005), who pointed out that capital is not just restricted to the wealthy and the dominant groups but is also found among disadvantaged and ethnic minorities. Moreover, while Bourdieu asked how does a class reproduce itself, we ask how does an ethnic group achieve social mobility.

There are clear implications for educational policy. We have learned that British Kashmiri parents play a major role in the higher than average results in those communities. The education system would be well advised to respect the parents for their effort as well as publicise examples of good practice among the parents in wider society. Furthermore, there is potential here for harnessing these parents’ efforts/approach through better home–school partnerships. 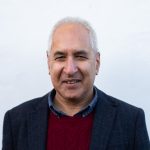 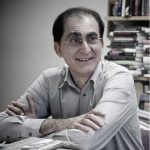 Professor of Sociology, Politics and Public Policy at University of Bristol

Tariq Modood is Professor of Sociology, Politics and Public Policy and the founding director of the Centre for the Study of Ethnicity and Citizenship at the University of Bristol. He was awarded a MBE for services to social sciences and ethnic relations in 2001, made a Fellow of the Academy of Social Sciences in 2004 and elected a Fellow of the British Academy in 2017. He has held over 40 grants and consultancies, has over 35 (co-)authored and (co-)edited books and reports and over 275 articles and chapters. His latest book is Essays on Secularism and Multiculturalism (2019).