So, do university degrees from elite institutions confer a substantial advantage in gaining a top salary, or do these graduates have high salaries because they were already destined for success? And does where you get your degree from matter more than what subject it is in?

To answer these questions, our research team at UCL* used longitudinal data. Many factors affect both educational ‘choices’ and later labour market experiences. In social statistics, we refer to variables which influence both the dependent and independent variable as ‘confounders’. In this case, social class, sex, and prior attainment at school are all examples of potential confounders. We used data that allowed us to control for confounders in a particularly rich way: the 1970 British Cohort Study (BCS70), a study of over 17,000 people born in 1970. We looked at which factors predicted who went on to be in the top 5 per cent of earners by age 42. We categorised universities as ‘elite’ (Russell Group) or ‘non-elite’, and divided degree subjects into three categories: STEM (science, technology, engineering and maths), LEM (law, economics and management), and OSSAH (other social sciences, arts and humanities).

‘Our findings reveal a hierarchy of university degrees in terms of the chances of being in the top 5 per cent of earners by the time one reaches “mid-life”.’

As higher education systems expand, both in the UK and elsewhere, and higher proportions of the population consequently gain a university degree, sociologists have argued that advantaged groups will maintain their competitive edge by seeking degrees with particularly high status and/or labour market value. Nevertheless, our findings show that academic and social selectivity do not necessarily equate directly to labour market returns. We found that elite university degrees were far more academically and socially selective in terms of their intake of students than degrees from non-elite universities, whereas the differences in academic and social selectivity between degree subjects were less marked. However, field of study appeared to matter more than institutional prestige for the chances of gaining a top salary. For example, LEM degrees from non-elite universities were less academically and socially selective than OSSAH degrees from elite universities, yet non-elite LEM degrees were associated with a slightly stronger chance of gaining a top salary.

‘Field of study appeared to matter more than institutional prestige for the chances of gaining a top salary.’

While education in general, and degree type in particular, were important factors in predicting who went on to gain a top salary, there are of course other variables at play. Most notably, employed women of this generation had roughly one-third of the chance of gaining a top salary compared to men, and this was not explained by differences in the fields of study chosen by women and men. For this generation of British women, the female wage penalty was substantial regardless of education.

One of the advantages of our study is that we are able to examine incomes in mid-life, when careers tend to be relatively well-established, whereas a great deal of previous research has looked at individuals shortly after graduation. Nevertheless, while evidence on long-term life-course outcomes is vital, from a policy perspective it is natural to ask what the implications of entering higher education are for young people today. Since the late 1980s, the UK higher education system has expanded further, tuition fees have been introduced, and maintenance grants abolished. Given the increase in the supply of graduates, we would expect that both what and where a student studies may matter even more for today’s graduates than it did in the past.

Of course, the increased odds of becoming a top earner associated with each type of degree are not necessarily directly bestowed by taking that degree. It is likely that unmeasured factors play a role – for example, individuals who choose to take LEM degrees may be more materialistic and driven to pursue high salaries as opposed to other life goals. Furthermore, graduates in the arts, humanities and social sciences from elite universities tend to be high in ‘cultural capital’, which figures in elite membership, and this may translate into attractive and even powerful positions, albeit not necessarily the most lucrative.

These findings could be used to denigrate degrees in the arts, humanities and ‘other’ social sciences (that is, social sciences other than economics). However, it is important to emphasise that people can prioritise values other than material gain, such as creativity and service to society. And it should go without saying that the value to society of a graduate’s education is not necessarily reflected in their income.

*This blog post is based on the article ‘Elite universities, fields of study and top salaries: Which degree will make you rich?’ by Alice Sullivan, Samantha Parsons, Francis Green, R D Wiggins and George Ploubidis, published in the British Educational Research Journal 44(4). The article has been published with open access, so is free for all to view and download. 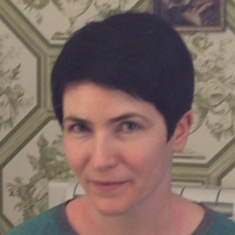 Alice Sullivan is professor of sociology at UCL, and director of the 1970 British Cohort Study (BCS70). Alice’s research is focussed on social and educational inequalities in the life course. She has made extensive use of secondary data analysis of large-scale longitudinal data sets in her research, with a particular focus on the British birth cohort studies of 1958, 1970 and 2000. She has published on areas including: social class and gender differences in educational attainment, single-sex and co-educational schooling, private and grammar schools, cultural capital, reading for pleasure, and access to elite higher education.