Over the past two decades the UK state education system has faced increasing pressure to raise academic standards and improve outcomes for all young people, regardless of their social background and identity. The previous Coalition government emphasised the need for a rigorous academic curriculum, with tough examinations to match. Their new academies must, they argue, emulate the best independent schools. They want students on free school meals to have similar opportunities to those at Eton or Harrow and they expect many of them to rise to the highest positions in society (HMG, 2011). In fulfilling these aims, the government claim that social mobility through education can become a reality for the majority.

To explore the likely success of the UK government’s aims and objectives to improve social mobility for England, Professor Bernard Barker and I conducted research to analyse 88 young people’s thoughts and feelings about their family backgrounds, aspirations, education and future careers (Hoskins and Barker, 2014). The research participants were located in two academies with ‘good’ and ‘outstanding’ characteristics, similar to those that policy-makers wish to see adopted across the country to increase performance and mobility for everyone (HMG, 2011; DfE, 2010a). Both schools emphasize high-quality teaching, hard work and aiming high. These schools have high expectations and set demanding targets. They are prototypes of the new academy regime, expected to emulate top independent schools despite accepting the full ability range and receiving per-pupil funding that is approximately 70 per cent less than at the average private school (Gunter, 2011).

the government’s one-sided, individualist plans neglect the reality of children’s lives and experience

We found that the government’s one-sided, individualist plans neglect the reality of children’s lives and experience, and over-estimate the extent to which policy reforms can increase the number of young people obtaining higher-status jobs. The majority of our students presented themselves as astute, highly motivated, and hard-working. Almost all described clear plans for the future and recognized that they would have to adapt to circumstances, including unfavourable grades. They were acting as the reflexive agents of individualism whose decisions were ‘pragmatically rational’ (Hodkinson et al., 1996).

Despite government pressure for schools to ‘overcome’ family background, the students were strongly influenced by family values and culture. They often attributed their interests, hobbies and activities to family members, including parents, grandparents and other significant relatives.

Very few participants were actively striving for social mobility. Our data did not confirm the policy assumption that young people are dissatisfied with their lives and families and wish to climb the social and economic ladder. On the contrary, the most frequently voiced areas of aspiration were personal happiness and satisfaction, with family life and intrinsically rewarding work seen as more important to feelings of success and well-being than the pursuit of status and wealth.

The students are not isolated individuals in simple pursuit of ever more prestigious credentials, but contributors to evolving family patterns and networks that produce advantages or disadvantages for successive generations.

The data suggests that academies are unlikely to overcome family background or significantly increase social mobility. Rather, they seem to embed differences in family wealth, with successful students invariably describing advantages transmitted through their parents.

Perhaps a different approach to improving social mobility is required and could encompass the following: 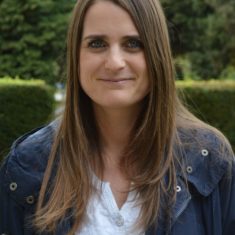 Reader in Education at University of Roehampton

Dr Kate Hoskins is a Reader in Education and the programme convener for the MA Social Research Methods: http://www.roehampton.ac.uk /postgraduate-courses/Social-Research-Methods/ and the co-convener for the MA Education Policy Programme: http://www.roehampton.ac.uk/postgraduate-courses/Education-Policy/ at the University of Roehampton

Her academic publications are concerned with issues of identity and inequalities in further and higher education. In her book Women and Success: Professors in the UK academy (Trentham Books, 2012) she used life history interviews with 20 female professors to reveal the persisting inequality facing senior women working in higher education https://ioepress.co.uk/books/uncategorized/women-and-success/.

Kate is currently working on a small project, funded by the Froebel Trust, exploring the educational experience of a small cohort of students who attended Froebel College in the 1950s and 1960s to understand how these experiences impacted on their pedagogical beliefs, perspectives and practices.

Agency and Structure: Towards a New Paradigm for Social Mobility in Post-Brexit Britain