The critique against native speakerism, the belief that the English language is the property of native English speakers so that any teaching, learning, speaking, and anything associated with English should be then based on native English speakers’ agreement, has been loudly argued for decades (Pennycook, 2001). This belief privileges English from Anglophone countries and marginalises Englishes from other countries. It is also the starting point of injustices in English-language teaching where discrimination (Ro, 2021) and marginalisation over others take place (Irham, 2022b).

Nowadays many scholars have advocated a more moderate view as to how to teach English to students whose first language is not English. Among them are to situate English as an international language or as a (global) lingua franca, to introduce and advocate trans approaches and to help students raise their awareness about multilingual competence (see for example Pennycook, 2001).

However, what happens in the classroom often does not match with what has been critically argued in the literature. Those proposals such as promoting English as a lingua franca or international language instead of English as a foreign language could not be easily implemented. There occurs a refutation, contestation, and sometimes rejections from policymakers, students or even parents as to which English should be provided and taught to the students in the school (Irham, 2022a). The domination of American and British English in the pop culture, which follows from the US and UK’s economic and political power, has perpetuated the hegemony of English varieties from those countries. It is not surprising therefore that students often desire for American or British English compared to other varieties.

‘The domination of American and British English in the pop culture … has perpetuated the hegemony of English varieties from those countries. It is not surprising therefore that students often desire for American or British English compared to other varieties.’

Nonetheless, I would like to argue that such a hegemony of native English varieties and desire for them do not always contribute to undesirable consequences. Although they have been critiqued for their English-only policy and denial of diversities, these Englishes also have helped many people gain social and cultural capital in different degrees and sectors (Phan, 2017). For example, many students from developing countries could experience education overseas through the acquisition of native English variety, proven by TOEFL (Test of English as a foreign language) or IELTS (International English language testing system) certificates.

In my recent article published in the Asian Englishes journal (see Irham, 2022a), I demonstrate the dilemma and tensions of Englishes in education settings. As I highlight, even lecturers with adequate understanding and awareness of Englishes faced difficulties in advocating justice for their multilingual students. The lack of support from the faculty and colleagues followed by adamant reference to native English as the learning target adds to the complexities and paradoxes. On one hand, they embrace the importance of understanding and respect of Englishes. On the other hand, the policy and other fellow colleagues favour native English varieties.

The arguments against native speakerism seem to be circulated only in the literature, among and within the scholars who are interested in this field. This discourse is rather disconnected from teachers or students who learn English in the school or university. Although they may be aware of varieties of Englishes, such as Singlish, Indian English or Chinese English, they retain a desire for American or British English as they believe these could help students participate at the international level, become a ‘global citizen’, study overseas and work in multinational companies.

It is essential for English teachers, as well as policymakers, that the objective of studying English be revisited and redesigned. In this time, there is no way to ignore the importance of English-language proficiency. Providing students with either American or British English ‘standards’ may help them gain social and cultural capital in the future. However, it is also advisable that teachers of English be mindful of other varieties of English by acknowledging and respecting them, instead of feeding students with native English only as the legitimate reference. As I suggest in the paper, Indonesian students majoring in Arabic language and literature who enrol on an English for Specific Purposes course should be introduced by, for instance, Englishes from Arab or ASEAN countries. By doing so, it could help students become more aware of linguistic diversity and avoid fanaticism over native English as the only legitimate variety.

Ro, C. (2021, June 3). Not everyone who speaks English is treated the same way. What happens when accent discrimination creeps in to our conscious and unconscious – and what do we do about our biases? BBC Worklife. https://www.bbc.com/worklife/article/20210528-the-pervasive-problem-of-linguistic-racism 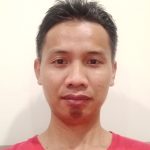 Irham Irham is a PhD researcher at Sultan Hassanal Bolkiah Institute of Education and a research member of International and Comparative Education at the Universiti Brunei Darussalam. He earned a master’s degree in linguistics from Radboud University Nijmegen. His research interests cover critical applied linguistics, EMI, internationalisation, corpus linguistics, pragmatics and English as an international language. Irham has had articles published in several journals, including the Indonesian Journal of Applied Linguistics, MEXTESOL Journal, Higher Education and Asian Englishes.

Inequalities in language learning: What are they and how can we fix them?