The linguistic standards for British teachers within teacher training, and for teachers’ future careers, are clearly outlined by the DfE:

‘demonstrate an understanding of and take responsibility for promoting high standards of literacy, articulacy and the correct use of standard English, whatever the teacher’s specialist subject’ (DfE, 2013a, p. 11).

While there is research in the British context on the implications for non-standard English within the classroom (Snell and Andrews, 2016), my recent research has attempted to fill a gap in this policy by investigating what the suggested standards might be for accent. A speaker with any accent can use standard English and yet, might there be negative implications for certain accents in the context of teacher training? To assert a standard accent, however, would fly in the face of the support for equality and respect for diversity, but it seems that certain accents are indeed favoured. I base my claims on four studies, which involved the views of 41 teachers from both the primary and secondary levels, who represent a range of accents. Below are some of the findings:

For the most part, teachers with accents deriving from the North/Midlands were more likely to be told to modify their accents, even if teaching in their home region, as opposed to fewer such directives for teachers with accents deriving from the South/Home Counties. In terms of specific phonological guidance, below are some of the findings, with some perhaps relatively uncontroversial, others more so:

I propose that a nationwide survey be sent to teachers and mentors who represent the primary and secondary levels of teaching, as well as including parents’ opinions on this matter, in order to determine what the linguistic reality is, or should be, for British teachers. While there is no official standard accent, it is suggested that there are standard accents – varieties of regional accents (e.g. standard Mancunian, standard Liverpudlian and so on) which represent less ‘broad’ varieties of a given accent. While British people arguably have very intuitive notions of what these sound like, perhaps it is time to clarify them from a purely phonological perspective. Therefore, I believe that it is time to hear from mentors and teachers on this matter, in order to determine where we go from here. In doing so, we can address questions such as the following:

The results of the proposed survey would help to establish accent standards and by allowing teachers a sense of agency in this establishment, it would help to address the perception that some teachers have of not having a say on this matter and thus, perceiving themselves as linguistic sell-outs. 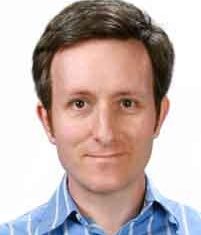 Alex Baratta teaches on the English Language for Education (ELE) programme at the University of Manchester. His research interests are based on language (spoken and written) and identity, with his recent research focused on the relationship between one’s accent and identity, and how the personal and professional linguistic identities intersect.

New teachers’ responses to Covid-19: Getting by or getting ahead?