Mention ‘Chinglish’ to Chinese students and they’ll probably giggle nervously. The term was coined to describe the attempts of Chinese people to use English, with the implication being that it is a failed attempt. Indeed, at this point in time, Chinglish is largely synonymous with errors on the part of Chinese students’ English, and reflective of English translations of Mandarin in Chinese cities (for example, slip carefully, as part of a public warning sign). As teachers, there is a need to distinguish between pure errors and simply differences in students’ English usage from the English we use. This is the focus of this blog post, because to recognise our students’ use of English as errors, when in fact it is merely a different variety of English, can have implications for marking assessments. There are broader implications for personal and cultural identity as well, and the need for such to be recognised and respected. This is not about political correctness – it is about linguistic correctness. I base my discussion on the results contained with my book, World Englishes in English language teaching (2019), in which 36 participants – native and non-native English speakers alike – almost unanimously declared that Englishes beyond Britain and the US, (such as Indian English, China English, and so on) are indeed legitimate varieties and even have a role to play in the EFL classroom (Matsuda, 2003; He & Zhang, 2010; Hino, 2017).

I use the term ‘pure error’ as a guide to distinguish between errors in a strict sense and language uses which are merely different to the inner-circle varieties of English (the US, Britain, and so on), given that inner-circle (standard) English is often seen as the standard. Yes, we need to teach a standard form that translates into educational and career success, but in doing so, recognise students’ use of English along the way. So, a pure error might be as follows: He can swims, an error as it does not represent a use of English that is spoken by any group in society (at least not yet). For that purely objective reason, we can mark it as wrong.

However, what about expressions such as there have been many researches. Before we also declare this as an error, on the basis of inner-circle English treating the word ‘research’ as noncount (that is, there has been much research), we must first stop and think. One of the key differences between an error and an innovation, representing a mere difference between varieties of a language, is that errors are, to an extent, unpredictable and random. While our Chinese students may indeed display errors in their English which might be considered predictable (such as problems with article usage), if we look more closely, we might find that errors with article usage are not uniform from one student to the next. Anecdotally, however, I have seen without exception in my Chinese students’ use of English that they use the word ‘research’ as a count word. Herein lies a compelling factor for determining what might, then, be treated as a mere difference – and as such not an error: the fact that the usage in question is predictable, used on a wide scale and is thereby systematic.

At this point, we might well ask how we can accommodate Chinglish in the classroom if indeed it is a synonym for errors, and not innovations. The answer lies in recognising, and accommodating, ‘China English’ instead. The difference between the two is that China English, which has been identified by linguists and scholars (see for example, He & Li, 2009; Wang & Zhang, 2016)), reflects the systematic usage of English by Chinese people and is therefore not a reflection of errors. In terms of vocabulary, one example would be paper tiger (equivalent to his bark is worse than his bite). In terms of grammar, there are pro-drop tendencies, such as miss you a lot. The pedagogic approach, then, is that we enter into a joint discussion with our students, and not declare that their English is necessarily wrong if it does not conform to standard English. Indeed, to ask our students to translate their variety of English into standard inner-circle English makes a big difference compared with asking them to correct it. And while our students may not necessarily be able to answer the question as to whether or not researches is China English, to simply have allowed for this linguistic discussion means that their English, and the culture it reflects, is being given its due respect. The English language does not belong solely to the English. 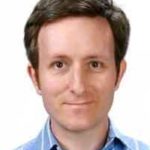 Lecturer in Language, Linguistics & Communications at University of Manchester

Alex Baratta researches language and identity in educational contexts, to include linguistic prejudice and linguistic rights. He has published on British teachers’ accents and the role they play in constructing a professional identity, against the reality of accent-based preference in teacher training (Accent and teacher identity in Britain, 2008) and most recently, his book was published on World Englishes, including those varieties of English that exist beyond the inner-circle and the role that they can play within the EFL classroom. He was also commissioned by the Ministry of Defence to write a paper on the future of language in Europe over the next 50 year – Putting an accent on the future (2017). He has also presented his research at international conferences, including the ICL conference in South Africa (2018), and in Sweden, Singapore and Australia.