I wrote this whilst at BERA conference in Belfast and pondered the extent to which we can deepen the links between the school system and HEIs in England. From a school leader perspective I see a number of challenges in the landscape for achieving effective synergies between the sectors.

The atomisation of the system in England is not helpful for facilitating partnerships and the implications of initial teacher education moving away from universities into schools reduces a traditional structural relationship between universities and schools. In addition, the extent to which school academies and chains of academies engage with the HEI academy in professional learning and development is highly variable. This has implications for knowledge generation within the school system. It is also an opportunity for reconceptualising how knowledge is best produced and ideally by whom.

In her keynote at conference, Cynthia Coburn’s research illuminates the value in school leaders developing partnerships with external researchers. She argues that the normative instrumental model of decision making, in how policy is informed by research, improves with such partnerships because the interpretative space in the decision making process is utilised more. Consequently, awareness develops of how differently problems are interpreted by different people and thus the complexity of levels in which the problem is nested is better understood; sense making and solution possibilities also become deeper.

Although Coburn’s research was looking at decisions at the district level in the USA, I found resonances in her work with my thinking about how to improve knowledge production at the school level. I favour the conceptualisation of knowledge being produced at the point of adoption. I recognise that the quality of such production can be variable, as it can when the science is only located in the so called ‘academy’. However, reflective practitioners will deepen their sense making when their school is reflexive about its process and ways of thinking and knowing. The maturity of school leaders will grow as their understanding of contextualised knowledge production grows. Thus, partnerships between professional researchers in universities and researching professionals in schools will enrich the quality of knowledge mobilisation in the school sector. It will also support those in HEI develop a shared language with practitioners, resulting in enquiry that increasingly has impact. 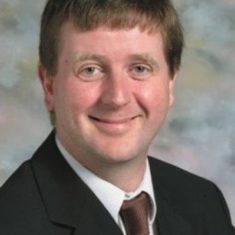 Ian Potter is Executive Headteacher of Bay House School and Sixth Form, Gosport; a large 11-19 comprehensive school in Hampshire. Ian took on the Headship in 2002 having previously been a Deputy Headteacher in Milton Keynes.  He started his career as a teacher in 1987 in Bedfordshire, following his training in London.

Ian’s research interests include distributed and system leadership. He co-coordinates the International School Leadership Development Network researching Social Justice Leadership in schools across the world. He is a member of the BELMAS Council and is their International Affairs Coordinator, a member of the BERA Conference committee and is an Honorary Assistant Professor with the School of Education at Nottingham University.