Our BERA presentation, ‘Can Social Realism Do Social Justice: Debating the Warrants for Curriculum Knowledge Selection’, is based on a paper of the same title, soon to be available online from the journal Education as Change. The paper has three authors, Lew Zipin, Aslam Fataar and Marie Brennan: Lew and Marie are based at Victoria University, Australia; Aslam at Stellenbosch University, South Africa. (Lew and Marie are in Belfast to present.)

The impulse to write this paper emerged in late 2012. Aslam had brought Marie and Lew to South Africa to give talks and workshops at a few universities, based on their Australian action research that drew on a Funds of Knowledge (FoK) approach. This approach has been developed most significantly by Luis Moll, Norma Gonzalez and colleagues at the University of Arizona, USA, in work with learners, families and communities in regions of high-poverty Mexican-American population. Teachers and academics collaborate to (re)search for FoK that have culturally meaningful and practical use-value in home and local community life-worlds. They then build this rich life-based knowledge into intellectually challenging curriculum units that extend the zone of proximal development by scaffolding FoK into dialectical connection with school subject knowledge. (We italicise Vygotskyan terms; Vygotskyan thought underpins the FoK approach.)

South Africa is, of course, a region where many social-cultural groups—diversely constituting a majority of the population—have long been impoverished, power-marginalised, and disenfranchised from educational benefits. The idea of curriculum that puts such groups’ life-world FoK to learning use were well received—particularly by doctoral students who are/have been teachers in township schools. However, we also encountered some academic questioning about the value of building curriculum substantively around life-based cultural knowledge. These questions used vocabulary we soon came to recognise as from Social Realist (SR) literature: ‘powerful knowledge’; ‘vertical and horizontal discourse’; ‘sacred and profane orders of meaning’, etc. It also became clear that SR advocates have significant influence in South African curriculum policy.

We sensed an important debate to be had, which, before we could join it, would require us to read SR literature carefully, seeking its ‘best argument’. In reading, we found it valuable to consider the SR argument that ‘powerful knowledge’, emergent in disciplinary knowledge networks, must be appreciated as distinct from what Bourdieu calls the ‘cultural arbitrary’ of power-elite social-structural groups. We saw how we had been focussed on a both/and of: (a) FoK in curriculum because it meaningfully engages learners by giving pride of place to their life-world communities and identities; scaffolding to (b) acquisition of knowledge that encodes the cultural capital of power-elite groups because it has a strong hold on curriculum ‘standards’. We realised that we had missed a third element, indeed prominent in Vygotskyan thinking: (c) knowledge developed in ‘science-worlds’ that has its own empowering use-values.

However, we also find that SR argument makes what to us is an overweening binary distinction between (a) empowerments provided by deep and coherent scientific knowledge; as against (b) life-based knowledge that is shallow and incoherent across contexts, hence debilitating for school learning. We see the latter to express a troubling deficit perspective. From FoK, Freirean, Gramscian and other traditions, we understand life-world knowledge to comprise profane mixes of ‘bad sense’, ‘dominant commonsense’, and rich and deep ‘good sense’. The FoK approach aims to draw out and clarify the latter and put it to work in dialectical interaction with the systematising and explanatory powers of scientific knowledge.

Our paper also joins feminist standpoint theory to challenge what we see as undue SR faith in an incredibly high degree of ‘impartiality’, hence ‘objectivity’, achievable within scientific knowledge networks. SR literature insists that any less regard for objective powers of scientific communion gets lost in a constructivism that is hopelessly ‘relativist’. We argue that social science can never be as impartial as SR desires, and that standpoint theory, while indeed constructivist, (a) is not relativist, and (b) shows more sensible regard for what social science can contribute to empowering knowledge.

Very importantly, in SR argumentation we find an excessively cognition-centric view of purposes for school learning, virtually excluding ethical purposes. Tied to this, we find that SR’s conception of social-educational justice focuses almost exclusively on redistributing access to powerful disciplinary knowledge. In troubling this, we draw on Nancy Fraser to argue that globalising contexts require a robust curriculum justice of three-dimensional attention to: knowledge redistribution; recognition of culturally diverse knowledge and values; and representation of all stakeholders in mutually informative dialogue towards knowledge-selection decisions that affect them. We conclude that historically power-marginalised groups in South Africa deserve this kind of participatory-democratic curriculum justice. 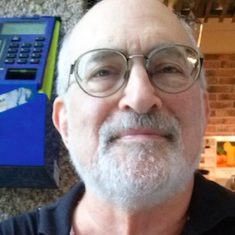 Dr Lew Zipin lectures in sociologies of education at Victoria University, Melbourne. He is known for research and scholarship that pursues social-educational justice in schools of power-marginalised regions. In recent projects he has mobilised a Funds of Knowledge approach, collaborating across school, community and academic stakeholders to build intellectually challenging curriculum that engages learners’ life-world knowledge. Dr Zipin also publishes on issues of university work and governance.

Marie Brennan is a professor of education at Victoria University, Melbourne.  Her current national projects focus on teacher education in regional and remote areas, problematising ‘aspirations’ as an educational policy focus, and developing alternative forms of accountability.  She publishes on curriculum, policy sociology, and contextual studies of education sectors.