A new forum for BERA

When we talk of research, we are probably assuming that Universities are the institutions that carry it out. But many who have been involved with universities are still passionately interested in research. Some want to keep up this interest, and others are researchers by occupation. They just don’t do research in a university context. Alongside all the changes in HE-based research, there is a growing base of research undertaken ‘outside of academia.’ So this is yet another way in which the world of research is changing. Two such researchers attending BERA’s conference asked for BERA to find a way of including independent researchers.

it has been a priority to respond to this change by establishing a forum for independent educational researchers, to provide a high quality context for communication, collaboration and colloquium

For BERA, it has been a priority to respond to this change by establishing a forum for independent educational researchers, to provide a high quality context for communication, collaboration and colloquium. But the first challenge has been to make contact through a survey with people who see themselves as independent educational researchers. Survey questions focused on how people defined their own working situations, the forum offer, preferred medium of communication, areas of interest and any connections with learned societies.

The survey has been completed by 35 respondents and its outcomes are summarised.

The new forum will have a launch event to be held on 22nd July 2015 and preparations for this are in hand. Please spread the word about this new forum to any independent researchers you know. More information is available from the BERA office, or email Carrie Birch, one of the convenors of the forum- carriebirchdirect@yahoo.co.uk 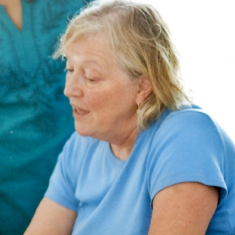 Carrie’s background is in community development, teaching early years children and adults, literacy, family learning and community-based adult education. Her interest in research led her to study for a PhD (completed in 2010). The focus of the study was an investigation of learning cultures in a ‘socially excluded’ community, to find out how mainstream and community cultures affect experiences of education, influencing life chances and the disposition to participate in education and a range of other social activity. Carrie has published a monograph about her research and uses her research to inform the development of new projects. Her work includes the evaluation of a youth volunteering project, and the initiation of ‘Learning from Lives’ (an arts and drama project for adults) which resulted in a community publication called the’ Book of Proud’. In 2014 Carrie co-ordinated the evaluation of a regeneration project. She understands at first hand the problems of working outside HEIs and looks forward to working with others who join the new BERA community of independent educational researchers.

Much ado about something: The effects of the National Student Survey on higher education

Are there individual differences in developing spatial thinking skills of university students within a web‐based GIS mapping environment?