As a doctoral student, BERA’s Postgraduate Forum symposium on research methodology seemed the perfect opportunity to present the methodological aspects of my research to a critical audience before I had to defend my decisions in the viva. Descriptions of the ‘muddy ambiguity’ (Finlay, 2002) of undertaking research rang true for me, and at times the ‘messiness’ of the process (Letherby, 2003) and methodological ‘swamp’ (Finlay, 2002) threatened to halt my research entirely. I looked for sure footing among the ‘pure’ methodologies (Maggs‐Rapport, 2000) that formed a major component of many books I had bought. However, the more I searched for a single methodology that would help me answer my research question, the more ‘restrictive’ (Morse and Chung, 2003) the process became.

White (2013) has warned new researchers about the dangers of ‘identifying’ with specific ‘research traditions’ due to their limiting effects, or what Janesick (1994) had described as ‘methodolotry’. These views steered me away from the prescribed ways of working in the more traditional methodologies, and made me consider methodological issues more carefully.

A pragmatic methodology, defined by (2010) simply as ‘the use of more than one qualitative approach with another’, was identified as ‘the most sensible and practical method to answer a research question’. Methodological pragmatism, rather than being prescriptive, was proposed as a way of ‘un-thinking’, as ‘anti-philosophy’ and advocating action (Biesta and Burbules, 2003; Johnson and Onwuegbuzie, 2004). This suited my research question perfectly, and it was along these ‘anti-philosophy’, action centred lines that I finally progressed.

During my presentation at the symposium, when one of the moderating professors folded her arms with the slightest sigh, I began to question my thinking. She proposed that using a pragmatic methodology did in fact involve a great deal of philosophising. Over the coming weeks I reflected on the feedback: had I in fact been engaged in thinking rather than ‘un-thinking’, and ‘philosophising’ as well as action in my research?

Through considering methodology deeply in order to arrive at the decision to utilise pragmatism, I belatedly realised that much philosophising had been undertaken. This had resulted in a deep understanding of the importance and influence of methodological choices, and I subconsciously developed a questioning as opposed to an accepting stance. The feedback gained at the BERA symposium had altered my perspective. Methodological pragmatism changed from something that had caused problems due to its lack of prescription and the resultant, significant amount of additional reading and deliberation, to something that emphasised the ‘why’ in research (Morgan, 2014). I became more confident that a pragmatic methodology was not simply a good choice but the only choice for my research, agreeing with those who argued that ‘methodological pluralism’ was both ‘absolutely necessary’ and ‘increasingly inevitable’ (Johnson et al 2008).

Finlay L (2002) ‘Negotiating the swamp: The opportunity and challenge of reflexivity in research practice’, Qualitative Research 2(2): 209–230

Johnson R B and Onwuegbuzie A J (2004) ‘Mixed methods research: A research paradigm whose time has come’, Educational Researcher 33(7): 14–26 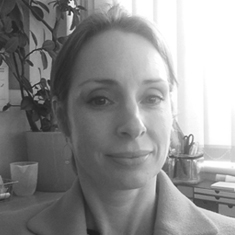 This blog is the third of a series in which early-career researchers reflect on their practice and research following their attendance of one of BERA’s Posgraduate Forum symposia, ‘Practical Issues in Conducting Educational Research‘.

Others blogs in the series:

BERA’s Postgraduate Forum is running a new series of symposia in 2018, on ‘Ethical Dilemmas in Educational Research’. They will be held at the universities of Cardiff (27 March), Staffordshire (22 June), Stirling (23 July) and Portsmouth (7 November). Click here for more information.