Spatial thinking as a set of cognitive skills is essential for success in academic, workplace and everyday settings, particularly in the contemporary information age. Existing research shows that geospatial technologies such as geographical information systems (GIS) can be pedagogically powerful tools to use in classrooms to develop students’ spatial thinking skills (Jo, Hong & Verma, 2016; Xiang & Liu, 2017). However, little research is available on how such technologies can affect learners with individual learning differences. Educators have long been applying the notion of learning style to guide curriculum design and instructional methods (Knoll, Otani, Skeel & Van Horn, 2017), although the evidence for its validity is mixed (Kirschner, 2017; Knoll et al., 2017). Some researchers assert that the validity of learning styles is not scientifically supported (Kirschner, 2017), while others acknowledge the notion of learning styles but argue that there is a lack of empirical evidence demonstrating how learning styles influence academic performance (Knoll et al., 2017). Such a controversy indicates that this research field is worthy of further investigation due to its uncertainty, complexity and contestability.

In our recent paper, published in the British Journal of Educational Technology, we explore the learning effects of using web-based mapping tools – a type of geospatial technology – on the spatial thinking skills of university students with different learning styles. Thirty-six pre-service teachers from East China Normal University participated in our study, utilising the web tools over one semester in a course guided by a blended learning approach. They interacted with a variety of map data layers, analytical functions and representation features to develop four types of spatial skills, including spatial information gathering, spatial understanding/application, spatial analysis/evaluation and spatial representation. A learning style inventory and a self-rating questionnaire were administered to assess their learning styles and perceived spatial skill development, and a survey was used to gain an understanding of factors influencing the enhancement of their spatial thinking skills.

‘All learners exhibited improved spatial thinking skills after interacting with the GIS mapping tools; however, the “visual” and “auditory” learners improved significantly more than the “kinesthetic” learners.’

The results show that all learners exhibited improved spatial thinking skills after interacting with the GIS mapping tools; however, the ‘visual’ and ‘auditory’ learners improved significantly more than the ‘kinesthetic’ learners. Such differences may be attributable to the design of the web interface, which matches the learning styles of the visual and auditory learners better than that of the kinesthetic learners. On the other hand, the improvement of visual learners was not significantly greater than that of auditory learners in that highly visual environment. We propose that the learning potential of the visual learners was not fully realised due to the limited capability of the GIS mapping tool, while the auditory learners overcame their style inhabitation to enhance their spatial thinking with the implementation of the blended learning approach.

The learning differences between groups are distinguished by self-rating tests in this research, despite the fact that these differences have not been explained by the style language of theorists. Accordingly, our study offers empirical data with which to understand the role of individual differences between learners in developing spatial thinking skills using geospatial technologies. It contributes to the debate on learning styles by addressing the relationship between learning styles and the subjective aspects of learning in a domain-specific context (Knoll et al., 2017). It can also guide more effective design and use of geospatial technologies to enhance spatial thinking by facilitating individualised learning.

This blog post is based on the article ‘Exploring and enhancing spatial thinking skills: Learning differences of university students within a web‐based GIS mapping environment’ by Xiang and Liu (2018), which published in the British Journal of Educational Technology. It is free-to-view for a time-limited period, courtesy of the journal’s publisher, Wiley. 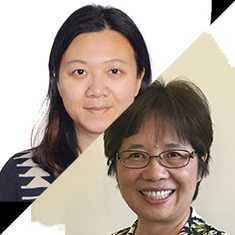 Xi Xiang is a lecturer at the School of Geographic Sciences at East China Normal University, People’s Republic of China. Her research focusses on developing the spatial thinking of young adolescents and university students through geo-visualisation.

Yan Liu is an associate professor at the School of Earth and Environmental Sciences of the University of Queensland, Australia. Her research includes complex system modelling and geo-simulation, spatial data analytics and technology-enhanced teaching and learning.

How can action research in teacher training help you become a reflective practitioner?