Writing in the Daily Telegraph on 15th August 2015, David Cameron announced that every school in England should “have the opportunity to become an academy and benefit from the freedoms this brings”. Further academisation would contribute to “vital reforms in our public services”, and a government priority would be “to recruit more academy sponsors and support more great head teachers in coming together in academy chains”. My research into the academisation of an English school suggests that this might not be so straightforward.

I am studying an English secondary school as it considers changing status from a local authority maintained school to an academy. My research draws on interviews with those involved in and affected by the process: governors, senior leaders, teaching staff, support staff and the potential sponsor.  I have interviewed them twice, in summer 2014 and summer 2015, have observed meetings at which academisation has been discussed and have collected documents setting out the proposal.

The school in this case study might appear perfect for academisation. Ofsted has judged it to be good. Its new build accommodation cost more than £30 million. As a Church of England school its potential sponsor – the Diocese – is acceptable to governors, staff, the school community and the Department for Education. Its local authority has supported academisation: two-thirds of its secondary schools and a quarter of its primary schools are already academies.

And yet, after more than a year of discussions and proposals, the school has shelved its academisation plan and proposes instead to change from voluntary controlled to voluntary aided status. That change could have been made at any time since the 1944 Education Act.

The secondary school aimed to establish a MAT with five primary schools. All six schools attended briefing meetings for governors and staff. A year later, the five primary schools had decided – separately, for various reasons – not to proceed with a formal partnership. In one case governors overturned their earlier decision because academisation was not supported by staff or by local authority advice.

The secondary school has major financial concerns. Its spectacular new build was financed through a Private Finance Initiative (PFI). The PFI agreement includes facilities management contracts lasting up to 25 years at an annual cost of more than £1 million. These put the school’s long-term financial security at risk and discourage potential sponsors.

The Diocese is reluctant to take on this financial burden. Its independent auditors concluded that the PFI contract “does not meet (the school’s) needs, does not function effectively and does not provide value for money”.

Finally, the local authority position on academies has changed. The Director of Education explained that councillors were concerned about the performance of local academies and no longer saw academisation as a solution to low standards. The DFE acknowledged, he said, that some schools were “too difficult to convert”. This suggests that while the combination of obstacles may be unique to my case study school, those individual obstacles are not exceptional.

In the secondary school there is little staff resistance to academisation. Last year all sixteen staff in my sample thought it inevitable and most were broadly in favour, seeing no disadvantages for the school, its students or themselves professionally. Interviewed again this year, when the change to voluntary aided status was proposed, they were even more positive. Those who had reservations about academisation welcomed a preferable alternative; those who favoured academisation saw it as a move in the right direction.

My reading of Michel Foucault helps to make sense of this situation. His theories of governmentality and discourse suggest that it is not the direct imposition of power that persuades staff to accept the inevitability of academisation, but the subtle use of indirect mechanisms. Neoliberalism succeeds by “not governing too much”, but instead offering regulated choices. Where Foucault is less helpful is in trying to understand contradiction. In this case, neoliberal governmentality appears either not to be working, or to be working in a way that may be too convoluted for an impatient Prime Minister.

The research on which this post is based is the subject of my doctoral thesis, due for submission by the end of 2016. I explained it in more detail in a paper presented at the BERA conference in September 2015. 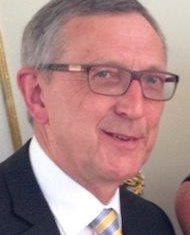 Stephen has experience as a secondary school teacher, deputy head, local authority adviser and governor in English maintained schools and academies. He is currently studying for a part-time Doctorate in Education at the University of Manchester. His main research interest is the inter-relationship between policy, values and professional practice in English schools.