For the past decade, I have been observing, researching and reporting on a group of Scottish teachers and lecturers, who through their trade union activities, have had a significant impact on their colleagues’ engagement with ongoing professional development and learning. They are members of the Educational Institute of Scotland (EIS) and are unpaid lay volunteers who are trained and accredited as Union Learning Representatives (ULRs). They have a specific remit of advising and guiding colleagues in all matters relating to continuing professional development (CPD).

Although ULRs had been in existence since the late 1990s, the turning point for ULRs being recognised as a significant force in enhancing the learning, training and professional development of their work colleagues came with the Employment Act 2002. This gave ULRs statutory recognition and protections as unpaid lay representative. Whilst it might be argued that ULRs were predominantly created for what euphemistically could be called “blue collar” trade unions that wanted to encourage members to return to learning and improve their basic literacy and numeracy levels, a number of professional unions took up the mantle, notably the teaching unions throughout the United Kingdom.

None more so than the Educational Institute of Scotland (EIS) the largest teaching union in Scotland who adopted the concept with significant enthusiasm and gusto and has been supported in its efforts by all the key education stakeholders at national and local level. This has also led to a partnership being formed between the EIS and the University of the West of Scotland that has created a series of bespoke CPD courses for the EIS LRs to give them greater credibility and validity.

I have undertaken four major evaluations (documented in a number of academic books and journals) of this cadre of EIS LRs and I am in the process of embarking on a fifth. My work has documented the, at times, amazing learning odyssey these LRs have embarked upon. My research documented the progress of the LRs and helped inform EIS as well as national and local government policy relating to the LRs and their CPD activities as will be briefly highlighted below.

At first the LRs struggled to be accepted and recognised by other EIS activists, colleagues and local authority CPD personnel. In part this was due to a significant majority of them having never participated in trade union activities before as well as being motivated not by political ambition but their passion for CPD and advancing the pedagogical practice of their colleagues. Antonio Gramsci would have described them as professional intellectuals who at first were merely transmitting basic information about CPD to their colleagues.

However, as they gained in confidence, became accepted and acknowledged by colleagues and more importantly local authorities they came to have greater influence and stature. Notably, working in partnership with their local authority counterparts to develop CPD policy and organise and deliver CPD events that have both an academic and practitioner focus. Their reputation has been further enhanced by being invited to participate in policy debates at national level. Through these developments they have progressed from being professional intellectuals to what Gramsci would describe as Organic Intellectuals who constantly seek to engage with society and constructively challenge the status quo in relation to CPD through being creative reflective and reflexive practitioners.

As part of this organic development they are now recognised as Teacher Leaders. They have evolved as leaders within their institutions, the EIS and the Scottish education system more by accident than design, with a number of them being elected to key positions within the EIS at local and national level and to the General Teaching Council of Scotland.

Based on my ongoing observations of the LRs and the fifth phase of my evaluation of the LRs, the indications are that they will in partnership with key stakeholders such as local authorities, Education Scotland and the GTCS continue to initiate, deliver and drive CPD policy at school, college, local authority and national level. They will create communities of practice at school, college and local authority level to further develop the pedagogical practice, content and subject knowledge of their colleagues. Additionally, they will provide a significant element of the leadership cadre within the EIS both at lay and national official level, as well as being promoted to positions of influence and leadership within educational institutions, local authorities and national stakeholder bodies. 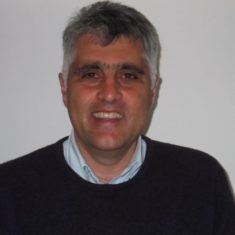 Dr Alex Alexandrou is a freelance academic and has worked extensively in the fields of leadership, human resource management and continuing professional development, as an academic and practitioner. His particular interests and expertise are in leadership, ethics, policy, professional development and workplace learning representatives. He is a Visiting Professor at the Toulouse Business School where he has been involved with the Aerospace MBA for more than a decade.