Food is an important factor in a number of social spheres, and one of the sites in which food is used to feed future citizens and leaders is the school dining hall. New meanings have been given to what is traditionally known as the school ‘canteen’, and school dining spaces are now beginning to take shape in a different aesthetic light. For example, one academy school considers the canteen as a ‘restaurant’ in which the dining area is not merely a space for the consumption of meals, but a community forum in which social learning can be fostered (Lalli, 2017). In another study conducted at Sweden’s Uppsala University, school lunches were considered just as important a learning opportunity as those in any other space and time at school (Osowski, Goranzon & Fjellstrom, 2013).

‘New meanings have been given to what is traditionally known as the school ‘canteen’, and school dining spaces are now beginning to take shape in a different aesthetic light.’

As a topical area which has triggered policy-related and multi-disciplinary debate, it is important to pay close attention to the School food plan (DfE, 2013), introduced to revamp school meal provision in England and Wales by introducing 17 specific recommendations. In a world of evidence-based policy, it is crucial to highlight how school meals have come a long way since the introduction of the School food plan, in which government contracts worth £16 million were introduced to help schools increase the take-up of school meals. The upshot of this kind of spending provoked public interest, in which accountability began to take priority. When the initiative was launched in 2013, it highlighted the need to think about ‘good food and happiness’ (DfE, 2013: 7) through the pleasure of growing, cooking and eating proper food.

Recommendations from the School food plan (DfE, 2013: 10) were targeted at headteachers as those who could influence the vision of schools in adopting a more forward-thinking mentality. The summary of these recommendations, below, highlights five of the 10 actions for the government.

So what does this mean for school meal provision in the 21st century, in which childhood obesity (DoH, 2016) seems to be prevalent in both developing and developed nations? With almost a third of children aged 2–15 overweight or obese, action is needed to tackle childhood obesity (ONS, 2014), and one of the ways in which this could be done is to follow the School food plan (DfE, 2013).

There is more to consider than merely what is presented on the dinner plate both at school and in the home environment. It is as important for existing academic research to highlight key ideas and evidence within a school meal setting: Wickramasinghe et al (2017) measure outcomes based on nutritional impact, and Hart (2016) explores the complex social context of food practices and how they influence the roles of food in primary schools in England. These studies illustrate the multidisciplinary context in which school food resides, and it is crucial that more examples of success stories are published in both academia and in media discourse to support schools in moving forward and developing suitable techniques in school food reform.

Department for Education [DfE] (2013) The school food plan: How to improve school food and schoolchildren’s diets. Retrieved from https://www.gov.uk/government/publications/the-school-food-plan 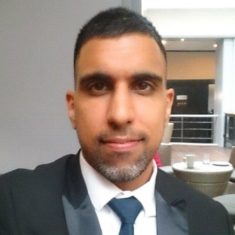 Dr Gurpinder Lalli is a senior lecturer in education and inclusion studies at the University of Wolverhampton. He is an active researcher in the sociology of education, policy and food studies. He also holds the status of senior fellow of the Higher Education Academy, and qualified teaching status, and has a background of teaching experience in the post-compulsory education sector in teaching English to speakers of other languages (TESOL). Prior to starting at Wolverhampton, he taught English in Indonesia and returned to the UK and has since worked as a lecturer at Universities of Worcester, Coventry and De Montfort.

For his PhD, he focused on the impact of food upon learning with an emphasis on the social aspect of school meals. The notion of social learning is introduced alongside a growing emphasis on surveillance studies. He tweets @gurpinderlalli, and can also be found on LinkedIn.

Should we really call this home schooling? Reflections from the research field

Student behaviour, motivation and the potential of attachment-aware schools to redefine the landscape

Editorial: Practitioner research and commentary in a networked society