Focussing on an early-career researcher embarking on her first academic role, this second entry in BERA’s  Research Ethics Case Studies series considers the ethical issues that arise not only from the pressures of conducting international fieldwork, but also from the support and self-care needs of less-experienced researchers.

Following the completion of her doctorate, Sonya is excited about starting a 12-month post as a research fellow working on a comparative study of rural schools across Europe. However, once she begins her first two weeks’ of fieldwork in Spain, she faces logistical and cultural challenges that, as the days go by, make her increasingly concerned about her own safety and wellbeing. Addressing these concerns requires Sonya to face up to difficult questions about her relationship with the principal investigator who oversees her work, their obligations to each other, and Sonya’s position as an early-career academic.

For a full account of ethical best-practice as recommended by BERA we suggest that researchers refer to our Ethical Guidelines, which these case studies are intended to illustrate without themselves offering guidance or recommendations.

Annotations in the margins of each case study document in the series indicate where, among the numbered paragraphs of BERA’s Ethical Guidelines, readers can find our full advice on the issues raised (hyperlinks to the relevant passages are included). 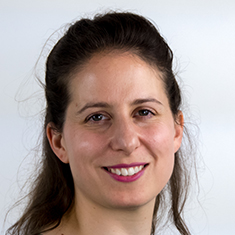 Dr Jodie Pennacchia is a researcher in the policy-sociology of education. She began her career working in learning support roles in mainstream and alternative schools, and has published work in the field of alternative education. Jodie has...