The practice of ‘differentiation’ in a whole-class setting is an established concept and regarded as being an essential feature of effective pedagogy. As Kerry (2002, p.82) points out:

“This skill operates in a context of challenge and support for the pupils to bring out the best learning in each individual, and that learning has to be set against a context of cognitive demand.”

It is difficult to disagree here since intellectual dissonance is an essential precursor for cognitive development.

My recent doctoral research included a consideration of ‘differentiation’ during whole-class questioning, a process commonly referred to as I-R-F (Initiation-Response-Feedback). There appears to be a general consensus amongst teachers (and Ofsted) that ‘effective’ differentiation involves matching up the cognitive demands of the question with the ability of the student selected. This philosophy appears logical, yet there is an inherent problem; a question may be appropriate for the selected student but what about the rest of the class? As an NQT insightfully remarked, “you can’t ask 30 questions to 30 kids, because that would take too long.”

Okay, this may be rather simplistic and there may be some other students in the class with similar ability, but point made; for the majority of the class, the question will be either too easy or too hard. However, that is not to say that authentic whole-class differentiation is not possible during I-R-F routines. My rationale is based on two essential pre-requisites:

Display (closed) questions generally cannot be differentiated on a conceptual level. For example, in History, when asking “What were the five different stages of the Black Death?” the students will know either all, some or none of the stages. However, this does not represent a conceptual differentiation since the question is based purely on re-call or memory skills. Conversely, referential (open-ended) questions allow all students in the class to formulate a response in line with their ability; potentially, a range of answers is possible from basic and simplistic to complex and sophisticated. An example of this type of question might be, “How can we link the Treaty of Versailles to the cause of World War Two?” However, I should add that, in terms of cognitive development, there is a caveat to this.

Whilst referential questions may at least allow students the opportunity to function at the appropriate conceptual level, this alone will not instigate cognitive change since students will simply produce what they are already capable of at that point (as in differentiation by ‘outcome’). So how do we ‘move’ students onto the next ‘cerebral’ level?

Not surprisingly, this issue immediately brings into play Vygotsky’s Zone of Proximal Development (ZPD), defined by Adey and Shayer (1994, p.119) as “the extra intellectual power that is available to a child through social interaction with adults or peers.” Traditionally, during I-R-F routines, this “extra intellectual power” mostly comes from the child passively observing other teacher-student interactions and answering the occasional question. Yet one must question how effective this random and chaotic process is in helping students to successfully negotiate their own specific ‘zone’.

An alternative is to use peer collaboration or ‘Talking Partners’ (Clarke, 2005, p.54) which allows students the opportunity to jointly construct and rehearse a mediated response to the teacher’s question. As a student succinctly remarked, “If none of you know the answer, then you can just put together the knowledge you know and build an answer from that.” Thus the “extra intellectual power” can be arrived at through a customised process of co-construction, where students can challenge their own and their partners’ thinking in a private, ‘risk-taking’ environment away from the torment of whole-class scrutiny and accountability. Even if this process malfunctions, the teacher still has the last word!

Whilst there is still a place for the use of display questions, there needs to be a much greater degree of authentic differentiation during whole-class I-R-F to meet the conceptual needs of students. However, this will require an epistemological shift from the ‘status quo’ of teacher-dominated behaviourist practice towards a position more concomitant with social constructivism, where there is a much greater degree of student autonomy. With the unrelenting ‘standards’ agenda currently prevailing, this is probably unlikely, but one can hope. 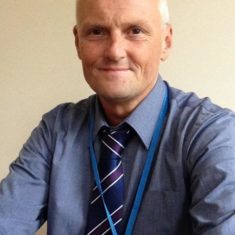 Dr David Brand recently retired as an Assistant Head at a secondary school in the North-east of England, teaching Mathematics for over 31 years. He recently completed a Doctorate in Education at Newcastle University. His doctoral research centred on whole-class I-R-F (Initiation-Response-Feedback) and how to improve teachers’ ‘Interactional Questioning Competence’ (IQC), with a particular focus on developing a greater degree of student autonomy during such routines.

Rethinking class size: The complex story of impact on teaching and learning