We know that research in the field of educational technology has grown substantially in importance over the last decade or so – mainly due to the huge investment by many governments in information and communication technology (ICT) resources, such as computers, software and the internet, in order to promote student learning within and beyond school (OECD, 2010). Given the large amount of money spent, it is unsurprising that many governments are concerned with research questions such as, Do ICT resources really help students learn?, and, How best to use ICT to enhance learning? (Yuen & Hew, 2018).

However, critics have often lamented that educational technology research is methodologically weak (Bulfin, Henderson, Johnson, & Selwyn, 2014) and under-theorised (Markauskaite & Reimann, 2014). Here, I am mainly interested in examining the latter issue of ‘under-theorisation’. According to Bennett and Oliver, most educational technology research focusses on ‘matters of practical implementation and design, largely driven by “common sense” assumptions about what technology can achieve’ (2011, p. 179) but pays scant attention to existing theories that might be used to frame and inform research.

Intrigued by these very questions, my co-authors and I recently completed an in-depth study, recently published in the British Journal of Educational Technology (Hew, Lan, Ying, Jia, & Lo, 2019) that analysed the 503 most recent data-driven (empirical) research articles published in the three highest-ranked educational technology journals: Computers & Education, Learning, Media and Technology, and the British Journal of Educational Technology. We define ‘education-technology-related journals’ as those that publish articles examining the application of ICT resources (such as software, networks, tools) in formal and informal education at all levels.

Overall, our findings suggest that educational technology research does not appear to be a ‘mature discipline’. The results revealed that explicit engagement with theory is absent in the majority of previous studies. Many studies were either wholly atheoretical or made only vague mention or use of theory. Where theory was explicit, the studies were more likely to use theory to conceptualise the research, to inform the data collection or analysis process, and/or to discuss the results. Very few articles reported findings that will help us learn something new that could advance a particular theory.

‘Educational technology researchers need to be more explicit about the theories that underpin their studies, and to move beyond mere “theory exemplification” to “theory advancement”.’

What, then, are the implications of this analysis for educational technology research? First, there is a need for researchers to be more explicit in future about the theories that underpin their studies. Although atheoretical studies could still report the effects of a technological tool on student learning or motivation, explicit theoretical engagement can help us better understand the reasons behind the findings. This can help the field develop further, and gain more credibility. Second, it would seem important for educational technology researchers to move beyond mere ‘theory exemplification’ (or example, merely applying theory to a new setting and showing that it works) to ‘theory advancement’. While it is true that most researchers are not going to generate new theories from scratch, it is important that researchers attempt to make some theoretical contribution (Whetten, 1989). One way to do this is to identify how the findings affect the current accepted relationships between the variables originally espoused in the theory (Whetten, 1989).

This blog post is based on the article ‘Where is the “theory” within the field of educational technology research?’ by Khe Foon Hew, Min Lan, Ying Tang, Chengyuan Jia and Chung Kwan Lo, which is published in the British Journal of Educational Technology and is free-to-view for a time-limited period, courtesy of the journal’s publisher, Wiley.

Organisation for Economic Co-operation and Development [OECD]. (2010). Are the new millennium learners making the grade?: Technology use and educational performance in PISA 2006. Paris: OECD Publishing. 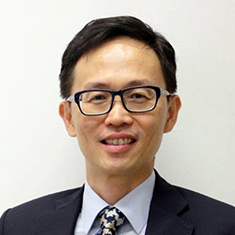 Khe Foon Hew (Timothy) is an associate professor of information and technology studies at the Faculty of Education, University of Hong Kong (HKU). He has a master’s degree in instructional design and technology, and a PhD in instructional systems technology from Singapore and the US respectively. His work has two main tracks: researching engagement in social-media-supported environments, and examining pedagogies and technologies in online/blended learning contexts. He was listed as a world top one per cent scholar in his field by Essential Science Indicators based on Web of Science indexed journal article citations, Thomson Reuters, for four consecutive years (2015, 2016, 2017, 2018). He won a Scholarship of Teaching and Learning Award in 2017 from the Faculty of Education, HKU.