A consistent refrain of colleagues is that research ethics committees seem to be committed to stopping research. Nothing could be further from the truth. The contemporary research ethics committee is, of course, concerned with far more than ethics: legal requirements, data protection, political and reputational damage, for example, all form elements of the decisions made (see Sarah Quinton’s BERA Blog from 2019). A research project may well be ‘ethical’, yet still fall short in other aspects.

However, let us focus on the distinctive ethical dimensions of research. The rationale for review is well-known – most notably that researchers have acted unethically, and that this can be in their self-interest. Thus there is a need for the community to ensure restraint. This is particularly true when research participants are deemed vulnerable – children, for example – and where the effects of any unethical conduct may be irreversible.

Limiting the pursuit of self-interest is not, however, the only reason for ethical review. Two further difficulties face the researcher who seeks to be ethical: first is the question, Whose ethics?; second is the fallibility of judgement. It is these two theoretical difficulties which, I think, underpin the frustrations of colleagues and students – and lead to differing decisions by ethics committees.

The philosophical literature on ‘whose ethics’ is complex and non-aggregative (which sounds better than inconclusive). There is, however, some coalescence around two broad positions. The first is a binary distinction regarding whether any talk of ethics is simply deceitful (see emotivism), or whether it refers to matters of reasonable (dis)agreement. The second subdivides this latter category into three distinctive foundations for ethics: pursuit of the best consequences, the formation of good character, or obedience to absolute rules (as exemplified historically by, respectively, J. S. Mill, Aristotle, and Kant).

‘What is required by researchers and ethics committee members is the need for judgement rather than the slavish following of rules (in ethics even rule-following requires judgement).’

Now, this is a crude distinction, but complex enough. The key problem for the practical work of ethics committees is that although there are attempts to synthesise these positions, they all fail to win broad support. Instead, we just end up with a further series of incompatible accounts of ethics. Even if ethics committees presume that ethics does refer to matters of reasonable (dis)agreement, they are confronted with the need to draw on three incompatible accounts of ethics in the context of a particular research project. In reviewing the ethics of a project, reviewers need to make judgements as to the relative importance of decisions about good and bad consequences, what rules must be followed, and whether the research project reflects the values of ‘people of good character’ (often people like themselves). Any particular research project allows the weighing up of the alternatives in different ways. In practice this has meant the formulation of ad hoc rules – for example, the expectation not only of fully informed consent, but consent that is asked for in a particular way.

As should be clear, what is required by researchers and ethics committee members is the need for judgement rather than the slavish following of rules (in ethics even rule-following requires judgement). Derrida (1992) has argued that such judgements require both the following of rules and the not following of rules. Following the rules requires no judgement, but rejection of rules is a rejection of the possibility of reasonable (dis)agreement on ethical matters. As in many cases of human judgement, we are fallible. We get such judgements wrong even when we try hard to get them right. Ethical review seeks to align the judgements of several well-intentioned, knowledgeable researchers in order to minimise the risk of any serious implications of such fallibility. Ethical review therefore deals with fallibility of judgment in a context in which the rules to be followed are themselves unclear. This is not a matter peculiar to research ethics, but it is not one that we regularly experience. Rather, we usually pursue either what we want to do or what we are told we must do.

What colleagues articulate in their complaints is that they either want to do what they want to do, or be told how to do it. The space of inherent uncertainty, and judgment and fallibility, is not a comfortable one. Yet a technocratic model of research that tells you what to do would significantly limit what research is possible, and a lack of ethical review allowing researchers to do what they want would risk unscrupulous researchers and poorly thought-through ethical practice. Ethical training for researchers needs to concentrate less on how to fill in the ethics form and more on having a clear sense of the unclear set of ethical positions on, and the role of judgement in, these matters. Furthermore, there needs to be an understanding that gaining ethical review is an iterative and occasionally frustrating experience. 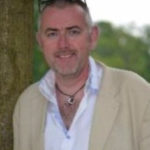 Richard Davies is higher education research lead at the University of Central Lancashire, a deputy chair of its social science ethics committee and a philosopher of education. He has an ongoing interest in the revival of Aristotelian ethics.

All from this series
Is written informed consent always required for educational research?

Informed consent and assent, and the ethical review process, with/for research with the very young

How do we enact ‘informed consent’?