As I write, World Cup 2022 fever is gradually taking hold. We don’t yet know what the lasting legacies of the debates and controversies of this event might be, but as a senior lecturer in teacher education in Physical Education and School Sport (PESS) I am always interested in an international focus on sport. The World Cup today brings us all together in a shared history of all the World Cups, stretching back to the first in 1930.

‘Do any of us even remember that the official mascot of the 2012 Olympic Games was called “Wenlock”, let alone know why that name was chosen?’

In the mid-19th century, William Brookes, a local doctor in a small town in Shropshire called Much Wenlock, was moved by the poor physiques of his patients and so spent much of his energy championing the value of recreational exercise. In 1860 he created what he called the ‘Wenlock Olympian Games’ (Beale, 2011; Bushell-Thornalley, 2021; Cannon, 2011). He believed that the masses, unable to access the sporting opportunities of the English public schools system, could here experience the therapeutic advantages of physical education through competition.

On 21 October 1890, Dr Brookes invited a French aristocrat, Baron Pierre de Coubertin, to visit his festival of sport for two days. The rationale for the Frenchman’s interest was his desire to introduce an esprit de corps to counter the failings in fitness in his countrymen. Medical data gathered during the Franco-Prussian War (1870–71) had highlighted significant differences between British, German and French anatomies (Cannon, 2011). Baron de Coubertin and Dr Brookes both believed in the importance of PE for the wellbeing of their peoples (Beale, 2011; Cannon, 2011), believing that this could only be achieved if these opportunities were available to all, rather than to an elite few only. The result of what was set in motion through the work of these two men was the inauguration of the modern Olympics in 1896.

The fitness of our young people, as supported through access for all to sport and PE, is a subject rich for consideration in schools. Brookes’s contribution to the history of the modern Olympics – as opposed to that of de Coubertin – is seldom documented, and is not found within texts for school examination boards nor even in many degree programmes. But I believe these histories are important. The Qatar World Cup is giving us valuable opportunities to scrutinise our global social attitudes, and also to provide context to our current times: the previous World Cup was held in Russia at the midpoint between Putin’s invasion of Crimea and Ukraine. There are rich opportunities available to us to embed questions and contexts into what we teach during these international sporting events. If we let it, sport can be the unifying ‘glue’ that holds together disparate ideas, events and societies.

‘Today’s children live in a world of conflicting messages and competing distractions. Their landscape is cluttered. … it’s a world we must understand and must respond to.’ (LOC, 2005).

As the 22nd FIFA World Cup kicks off in Qatar, from my vantage point as a teacher-educator in the UK I fear that this is a landscape that remains all too prevalent. I suggest that our understanding and response are needed now, more than ever.

Beale, C. (2011). Born out of Wenlock. William Penny Brookes and the British origins of the modern Olympics. Darby Books.

Bushell-Thornalley, H. (2021). Old wine new bottle. The political narratives of governments between 2005-2015 on what the soft legacy of the London 2012 Olympic Games afforded the subject of Physical Education School Sport [Thesis, University of Leicester]. https://doi.org/10.25392/leicester.data.16602149.v1 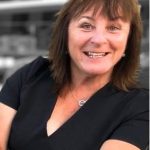 Dr Helen Bushell-Thornalley is a senior lecturer at Bishop Grosseteste University. Her research interests focus on the political support for the London Olympic Games of 2012 and in particular the years before the inauguration of the modern Olympic Games of 1896. In addition to these histories, her passion has been positioned in teacher education and consultancy research in Physical Education and School Sport. Her past honours include representing her country in Hockey for more than 10 years, and that her doctoral research was requested by the International Olympic Committee to be placed in the World Research Centre in Switzerland. 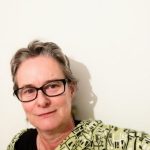 Clare Lawrence is the English subject lead for the secondary PGCE at Bishop Grosseteste University in Lincoln. As head of Participatory Autism Research, her interests include the full involvement of autistic people in all elements of autism research.

Who are the experts? Why autistic voices should be central to autism training in schools