Representations of being Black in children’s literature

Some representations used visual imagery to affirm the existence of happy, secure Black children in unproblematic ways. Another book spoke to the Black community and reinforced the messages of family and the need to care for siblings. While these ideas are not unique to the Black community, when Black people have often found themselves in the minority, there is a need for strong family support (Cross et al., 2018). Two of the books represented the main characters as adventurous, excitable and testing boundaries. However, this was presented within the context of exploration, avoiding representing the child as disruptive and any potential subsequent links to criminality, which presents another commonly held stereotype of the Black community (Smiley & Fakunle, 2016).

While the books did attempt to challenge stereotypes, there were concerns around the portrayal of the Black characters’ visual characteristics. In more than one book the characters, regardless of ethnicity, looked the same – prompting one researcher to suggest that the Black characters looked as if they had originally been White characters who had been coloured in black.

‘In more than one book the characters, regardless of ethnicity, looked the same – prompting one researcher to suggest that the Black characters looked as if they had originally been White characters who had been coloured in black.’

There were also concerns about voice. In one book, the main character appeared to be denied agency in creating their own solutions; their voice was absent and they were dependent on the beneficence of others.

In one book, the representation of autism was positive and affirming. It was not explicitly stated that the main character was autistic but implied through the character’s self-stimulating behaviour. The book’s message was one of inclusivity. Another book represented autism in a similarly positive manner, drawing on the main character’s interest in animals, depicting this interest as contributing to imaginative play with another child, positioning their autism as a strength.

There were, however, issues with voice. In one book, the central character was positioned as strange and ‘other’, implying that, rather than being an effective mirror for children to see themselves represented, it was a window into autism for neurotypical people.

Another book only celebrated the central character once they were able to ‘overcome’ their autism and display neurotypical behaviours. The book also approached autism from a deficit perspective when a doctor diagnosed the central character with autism and pronounced limits on the child’s future. The book itself was written from the perspective of a sibling, lacking a distinct and authentic autistic voice.

Intersectionality of representations of being Black and autistic

Edward Collyer is an honorary research fellow and PhD student at Bishop Grosseteste University. He also works as a secondary English teacher and professional tutor in East Anglia.

Hadiza Kere Abdulrahman is a senior lecturer in Special and Inclusive Education at Bishop Grosseteste University. Her research interest include Knowledge and Identity and their constructions in different contexts, especially the ways they intersect with other social structures. Hadiza is also interested in the ways that coloniality shapes the narratives around education in postcolonial societies. 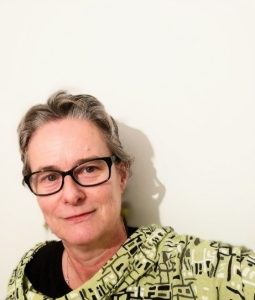 Clare Lawrence is the English subject lead for the secondary PGCE at Bishop Grosseteste University in Lincoln. As head of Participatory Autism Research, her interests include the full involvement of autistic people in all elements of autism research. clarelawrenceautism.com

PhD student at Faculty of Education at the University of Cambridge

Clare Mahon is a PhD student in the Faculty of Education at the University of Cambridge. Her research focuses on the presentation of disability in Classical texts. She also teaches Latin and Classics part-time. 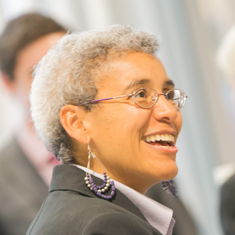 Sheine Peart is a reader in access, equality and inclusion and is programme leader for the doctor of education. Her research interests include social justice and inclusion; and developing educators and trainees to work with diverse groups. Sheine has worked in schools, colleges, local authorities and youth and community settings.  She taught in further education for 15 years, teaching on various vocational programmes and working with challenging students.  She held the post of the college equalities manager for eight years and previously managed a local authority education team dedicated to raising the achievement of African and Caribbean pupils.  She is currently engaged in supporting one large urban college in developing a dedicated in house student support group for Black male students, called ‘Black on Track’.

Who are the experts? Why autistic voices should be central to autism training in schools

Learning to be alone: How positive solitude can benefit international students