The challenge of educating student teachers in taking an anti-racist stance is a constant one. Despite the current worldwide focus on race inequalities, there is always the danger of erasing these issues, in the face of narrow Department for Education (DfE) agendas. Maylor (2006) has pointed out the irony that, despite the UK becoming more diverse, initial teacher education (ITE) has remained silent on the topic. This is compounded by ambiguity and vagueness in the new Core Content Framework (CCF). The reality is that race has become an elusive issue in English ITE and escapes the important action of being embedded in its curricula.

Since our last blog post, the report by the Commission on Race and Ethnic Disparities (2021, p. 8) contentiously questioned the presence and effects of racism, suggesting that although ‘…impediments and disparities do exist … few of them are directly to do with racism. Too often “racism” is the catch-all explanation’. his stance is very different to the Welsh Government’s report in 2020 where racial histories and diversity has been embraced in the forthcoming 2022 schools’ curricula. For us, as teacher educators in England who want to develop anti-racist practices among our student teachers, these two reports are of great interest since they indicate very different attitudes and emphases towards tackling racism in education. Keeping this problematic context in mind, we want to share approaches we have implemented this year.

‘Student teachers need to name and address “race”, not shroud it in the nebulous term of “inclusion”, in order to be able to educate children more authentically.’

We have directly challenged the absence of race and anti-racism issues in our work with primary school student teachers through support groups and whole-cohort anti-racist lectures. The support groups, for those identifying as being underrepresented in the teaching profession, were strategically planned to support school placements. They provided safe, listening spaces where students found allies in one another and developed language to speak about themselves in the profession, and how to deal with racialised difficulties. The lectures focused on being anti-racist teachers, and also promoted teaching content and using resources that foreground Black, Asian and minority ethnic issues. We aimed to take on board Maylor’s call that student teachers need to ‘speak to diversity’ (Maylor, 2006, p. 22) by developing and embedding understandings about race.

For secondary school student teachers, race was explicitly addressed within a mandatory unit in a session centred on the question ‘Why is it so difficult to talk about race?’ Conversations with students suggested that pre-session preparation helped them understand sensitive and challenging issues about race in education, and their role as teachers. It involved reading the Runnymede Report  on racism in secondary schools and a podcast featuring a panel of three academics in the faculty, speaking of their perspectives on race in education. The podcast and reading highlighted key concepts such as racism, racial literacy, anti-racist education and White privilege, and students were afforded the time to consider their own perspectives, values and prejudices. Although diversity of student perspectives in the main follow-up seminar discussions were welcomed by the students, conflict and tensions also emerged. This proved challenging for tutors, and in some cases students felt the debate was inappropriately cut short. Feedback suggested that, if students were not sufficiently informed and committed to exploring the issues of race, discussions were less beneficial.

We view these approaches as a way of developing greater equity and social justice-oriented thinking and content, where values, assumptions, beliefs and stereotypes are challenged and critical consciousness comes to the forefront (Carter et al., 2019). A strong premise underpinning this work was that student teachers need to name and address ‘race’, not shroud it in the nebulous term of ‘inclusion’, in order to be able to educate children more authentically (Agostinone-Wilson, 2005). While the CCF encourages teacher educators to develop their own curriculum around the framework, the lack of explicit focus on inclusion in relation to racism only enhances the feeling of a lack of urgency in preparing future teachers to combat racism through their work. Despite this, however, we have found as a university provider of ITE that we have been able to create spaces where we can start to address these issues.

Agostinone-Wilson, F. (2005). Fair and balanced to death: Confronting the cult of neutrality in the teacher education classroom. Journal for Critical Education Policy Studies, 3(1), 1–17. 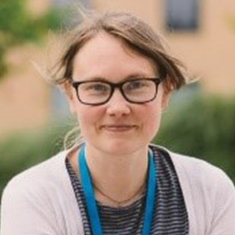 Anna Olsson-Rost is a senior lecturer on the PGCE Secondary (history) programme at Manchester Metropolitan University. She has a background in teaching history to secondary school pupils as well as to undergraduate students. Her main research field is the history of education, predominantly with an interest in comprehensive education and education policy. Anna’s PhD thesis explored the development of early pioneering comprehensive schools; however, her academic interests also include ‘hidden histories’ and discourse analyses. She has published articles on Cold War discourses, the forgotten pioneers of comprehensive schooling, and the Welsh dimension of the history of comprehensive education in the UK. 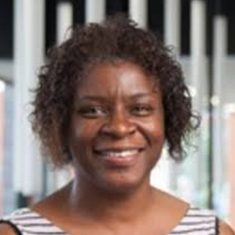 Yvonne Sinclair is formerly a principal lecturer in Secondary Education at Manchester Metropolitan University working primarily on postgraduate initial teacher education (ITE) programmes, including as Head of Secondary programmes (2010–19) and as a specialist history tutor. She is currently a visiting teaching fellow in the Faculty of Education and co-chair of its Race and Diversity in Teaching and Research working group. She is engaged in doctoral research on teaching and learning about the history of British slavery in post-colonial contexts (England and Jamaica). 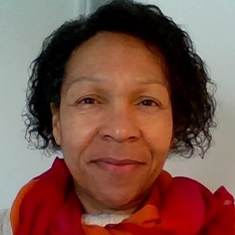 Diane Warner is a senior lecturer in primary education at Manchester Metropolitan University England, where she works on undergraduate and postgraduate initial teacher education (ITE) programmes. Her PhD and research interests lie in understanding the impact of ITE in England on the progress of BAME student teachers and what learning and actions can emerge. She has recently been involved in setting up and managing support groups for minority students and is co-chair of the faculty’s Race and Diversity in Teaching and Research working group. Prior to working in higher education, she was a primary school teacher at a large inner-city school where culture, inclusion and bilingualism were important considerations.

The uncomfortable and destabilising realities for Black, Asian and minority ethnic students on an initial teacher education course