Just over twenty years ago, following a PhD in school based ITE (Articled Teachers, soon to be defunct) to the sound of seagulls in glorious Devon, I found myself in London – part of a big ESRC funded national ITE research project. This meant (very) early trains to Paddington, packed tubes, and the novelty of picking up an almond croissant on the way to the top of a tall period building near Russell Square – part of the Institute of Education of the University of London.  A  couple of decades before that I had been listed as a successfully qualified teacher on the boards of this same institution, so I was unnerved to see,  as I picked up my first post, the name Basil Bernstein on the pigeon hole above mine. Also aware of the experience and reputation of the Modes of Teacher Education (MOTE) team (Geoff Whitty, John Furlong, Len Barton and Sheila Miles) this was beginning to feel just a little different from sunny Exmouth![1]

There was no time, in fact, to do anything else but get stuck in (having quickly had all worries neutralised by a more than welcoming MOTE team); I was soon deep into questionnaires and interviews, and getting the responses into some sort of order. In the mid 90s, the internet was still new, and the World Wide Web and the internet browser still to become established. I was glad, at least, to be working with the Mac’s friendly icons, and SPSS to manage and analyse, but published and available data was limited. Consequently the gathering together of the information needed to generate a national picture – or a ‘topography’ – that was to be one of the publications generated by this second phase of the MOTE project, relied largely on getting in touch with those universities involved in ITE and asking them what they were up to, particularly in terms of their partnerships with schools.  Several hundred questionnaires and interviews later, the topography[2] was one of many project publications[3].

After the MOTE project, I returned to Devon classrooms as a teacher and headteacher, experiencing ITE partnerships in all varieties from a school perspective. However, a couple of years ago, I found myself back in the university sector as a PGCE lecturer. At Bath Spa University for just a few weeks (no seagulls, but cattle grids, sheep and cows; what’s not to like?), who should I meet at a reception but Geoff Whitty, visiting professor! ‘A new project: DiTE (Diversity in Teacher Education)…. new topography…..sure you would like to be involved….. meet the team…’

So – here I am again; exploring ITE again after all these years. Still trying to get hold of what is going on.  But it must be so much easier this time with all this information at the touch of a few laptop keys. Mustn’t it?

But of course, it isn’t. It feels almost as if there is a deliberate strategy to foil any attempt to make sense of it all. How could 8000+ lines of data in the ITT allocations database (definitely training, not education, now) be organised into something meaningful, beyond the simple dichotomy of ‘school led’ or ‘university led’ promulgated so widely?  How could this diversity be even described, let alone evaluated?

Getting answers to the questions I had was difficult.  It would have helped if documents used consistently defined terminology and data structures. What precisely do ‘school led’ and HE led’ actually mean and what exactly is the difference between a School Direct and a SCITT programme for a trainee?  So, how is the university route different from the School Direct route involving the same university and schools?  Who is providing the PGCE programme for these SCITT courses and how does a private company get to be classified as a SCITT? And oh, yes – how do these ‘special projects’- such as ‘Troops to Teachers’ fit in?

Well, we found a few answers, but posed a good few more questions. After much grappling, a structure emerged. The result (published here[4]) shows how the world has changed since the 1990s; we hope that other aspects of the DiTE project will in due course reveal some of the effects of these changes on the experiences of beginning teachers and those who work with them, as well as some of the impact on conceptions of teacher professionalism in England.

We would welcome comments and responses to this new topography (c.whiting@bathspa.ac.uk).

[1] I’m not just a country bumpkin, hailing originally from London suburbia; only happy with rural life tempered by frequent sightings of the Thames. 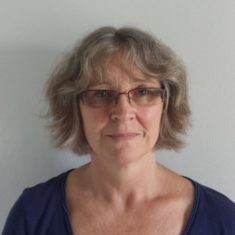 Caroline Whiting has worked in education for more than 40 years as teacher, headteacher, LA adviser and university lecturer and researcher. She is now senior lecturer at Bath Spa University, teaching on the primary PGCE, and is part of a team working on the Diversity in Teacher Education (DiTE) project.