In August 2018, Greta Thunberg began her solitary school strike outside the Swedish Parliament, protesting against her government’s inaction on the climate crisis. Since then, she has sparked a worldwide movement, inspiring hundreds of thousands of students from across the globe to strike from school.

School strikes are not a new phenomenon in the UK: students have walked out of schools for a number of causes over the last decade, including Educational Maintenance Allowance cuts, student fees and the Iraq war (Cunningham & Lavalette, 2016). However, the scale of the latest strikes is unprecedented.

So how have schools been reacting to this wave of strikes from pupils? The response has been varied so far. The Association of School and College Leaders condemned the strikes and called for disciplinary measures, and the National Association of Headteachers stated that it was inappropriate for students to walk out of school to protest. In most parts of the UK, headteachers have the discretion to decide whether to permit strikes. They may grant authorised absences in ‘exceptional circumstances’, and the UK School Climate Network (UKSCN) argues that ‘the imminent climate breakdown is exceptional’. However, not all headteachers agree, and in some cases, individual students have been punished for unauthorised absence, such as three pupils from Manchester who were barred from attending their school prom.

These responses are problematic because, as state institutions, schools have a duty to uphold children’s right to protest under Article 15 of the United Nations Convention on the Rights of the Child. The state’s duty is not only to permit protest: it has a positive obligation to facilitate it, to protect children in their enjoyment of this right, and to ensure that there is a good understanding of it among all citizens (Daly, 2016). In fact, in a 2016 report, the UN Special Rapporteur on the right to freedom of peaceful assembly highlighted that the state should make ‘particular effort’ to ensure that children and other vulnerable groups can claim their right to protest (Kiai & Hynes, 2016).

It is important to acknowledge that schools do have other legal obligations: as state actors, they have a duty of care towards children, and some headteachers are therefore reluctant to allow children to leave the premises during school hours. However, given that the state’s duty is to facilitate protest, it should not use protectionist arguments to deny children this right. Headteachers who have reasonable concerns about children’s safety should liaise with authorities to ensure that measures are in place to protect children during assemblies.

Another common concern relates to the impact on children’s education. However, as the climate strikers themselves have powerfully argued, school is not the only place where learning can take place, and mobilising as part of a worldwide movement is a unique learning opportunity (Thunberg et al., 2019).

Rather than attempting to prevent children from striking, we should recognise that protest is one of the few ways that young people can participate as citizens in a democratic system, given that the majority do not have the right to vote (Daly, 2013). In doing so, we recognise that children are not just ‘adults-in-training’ but are also citizens with civil and political rights (Quennerstedt, 2010).

‘Rather than attempting to prevent children from striking, we should recognise that protest is one of the few ways that young people can participate as citizens in a democratic system, given that the majority do not have the right to vote.’

The climate crisis is itself a children’s rights issue, and so denying children the opportunity to protest for their own rights is highly problematic. In September 2019, the five UN human rights committees released a statement highlighting that children are particularly vulnerable to the effects of climate catastrophe (United Nations, 2016). It emphasised that they, and other marginalised groups, should be included in decision-making around how to address the crisis. In the absence of such formal structures for children’s participation, and in the face of government inaction on the climate crisis, it is essential that children’s right to protest is upheld.

Quennerstedt, A. (2010). Children, but not really humans? Critical reflections on the hampering effect of the ‘3 ps’. International Journal of Children’s Rights, 18, 619–635.

Thunberg, G., Taylor, A., Neubauer, L., Gantois, K., De Wever, A., Charlier, A. Gillibrand, H., & Villasenor, A. (2019, March 15). Think we should be at school? Today’s climate strike is the biggest lesson of all. Guardian. https://www.theguardian.com/commentisfree/2019/mar/15/school-climate-strike-greta-thunberg 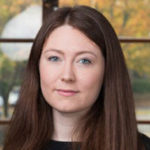 Dr Rhian Barrance is a lecturer in education at the School of Social Sciences, Cardiff University. Until recently she was a research associate on the WISERD Education project at Cardiff University, a longitudinal study of children in Wales. She has undertaken a range of research projects on children’s rights, including an evidence review on the human rights of children in Wales for the Children’s Commissioner for Wales.

A different kind of education…

Crisis for whom? Education for climate justice in Scotland