This research was borne of our shared conviction that education fit for addressing the climate crisis must move away from a vague discourse of undifferentiated responsibility and squarely pose the question of ‘crisis for whom?’ Inspired, we conducted exploratory qualitative research with a range of stakeholders, including activists, advocacy workers and teachers from across Scotland who are engaged with learning for sustainability (LfS) (Higgins & Christie, 2018).

LfS is a Scottish educational priority, which enables ‘schools and the wider community to build the values, attitudes, knowledge, skills and confidence needed to develop practices and take decisions which are compatible with a sustainable and equitable world’ (Scottish Government, 2012). We adopted the term climate justice as it acts as a bridging concept – introducing the possibility that in tackling climate change we can also tackle social injustice rather than seeing the two as being at odds (Knox, 2019). It also provides a cogent analysis of why efficacious climate action must take account of different forms of social power and inequality (Scandrett, 2016).

‘The term climate justice … acts as a bridging concept [and] provides a cogent analysis of why efficacious climate action must take account of different forms of social power and inequality.’

Currently, two vibrant social movements (Extinction Rebellion [XR] and #YouthStrikeForClimate) challenge what they clearly perceive as a gap between policy rhetoric and reality. 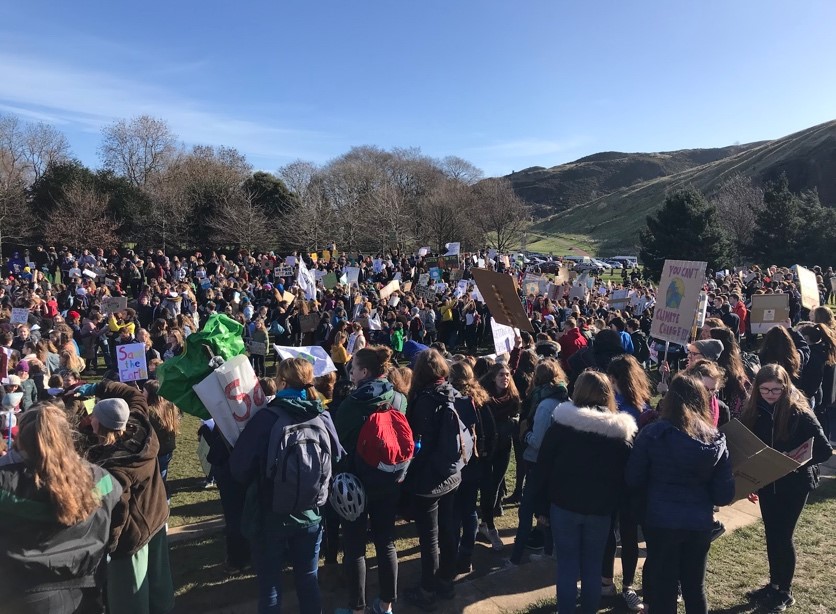 XR’s demands for climate justice have challenged the Scottish Government’s own understanding and enactment of this term. To examine this we joined a recent XRCamp at the Scottish Parliament and ran workshops with activists in the midst of demonstrations and people’s assemblies. We highlighted the contradiction that despite an internationally significant policy architecture aiming to embed LfS across Scottish education, young people were striking to address a perceived disconnect between their education and action on climate. We asked, ‘Is the policy being enacted?’ and, ‘Are teachers unsure about how to work with the issues being raised?’

The LfS approach is holistic, encouraging engagement with complexity, uncertainty and messiness. Such ‘messiness’ is a key hallmark of learning through activism where various social actors bring different interests, visions of the future and theories of change. These emergent contradictions and tensions can be educational, which provoked us to consider: ‘Are young people being invited to respond?’; ‘How political and open-ended can those responses be?’; ‘Are teachers and school leaders comfortable engaging with social movements and diverse communities of struggle?’

In conclusion our research sprung two surprises. First, it revealed a gap between activists who freely used the language of climate justice and many teachers who were new to the term, despite being committed to embedding LfS in their own practice. Second, we were struck by the difficulty of addressing climate justice in practice; partly due to the lack of pedagogical strategies for exploring the normative and empirical complexity of the interaction between climate and social inequality. Since justice is an adjudicatory concept, any given empirical inequality can only be conceptualised through the application of ideological reasoning; ignoring this reproduces uncontentious, if not hegemonic, conceptualisations of justice (McGregor, Scandrett, Christie, & Crowther, 2018). 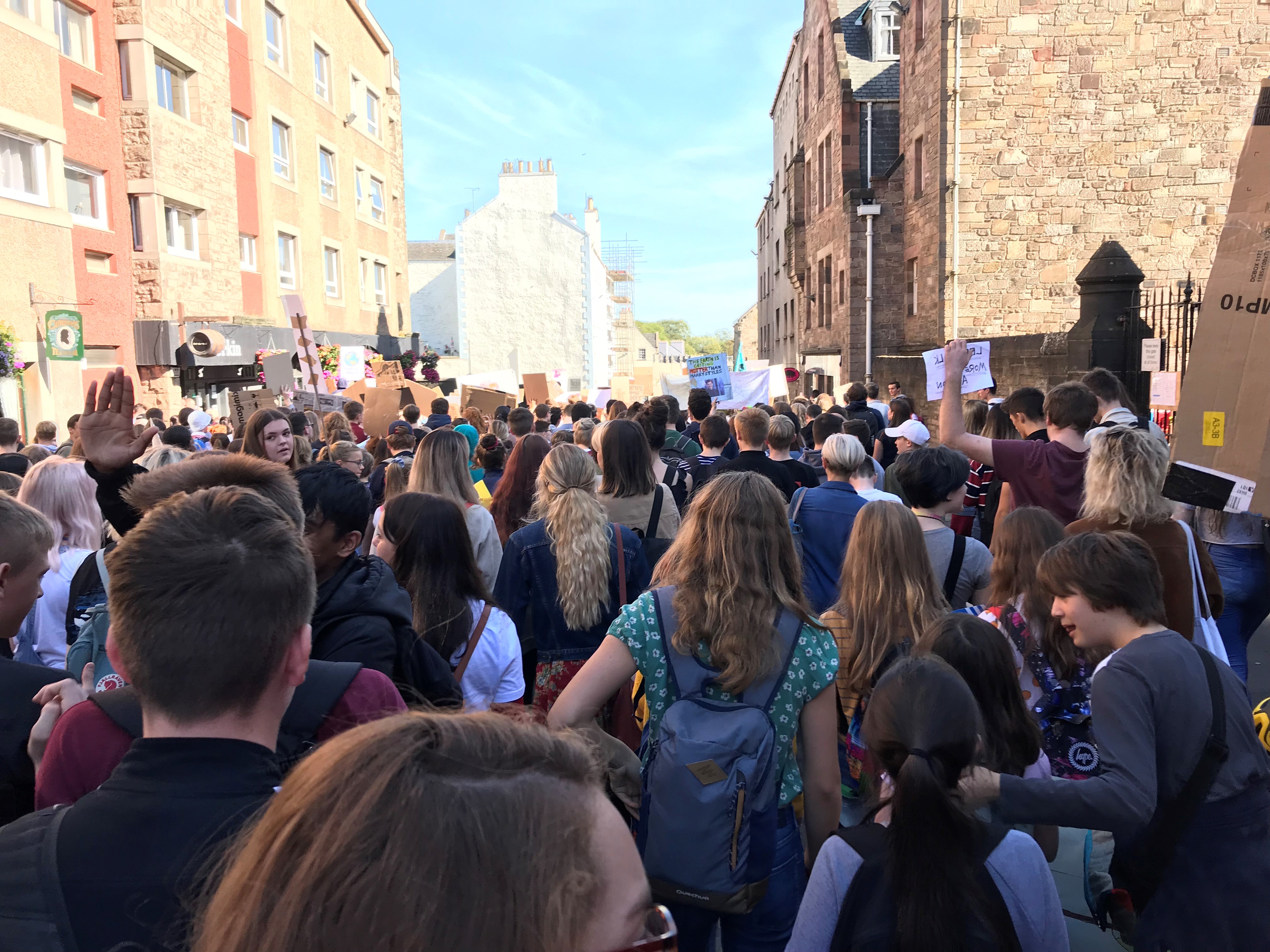 In September 2019, we marched in solidarity with children and young people who were demanding ‘climate justice now’. Their chants were clear and the challenge laid down even more so. It is time for educators to hear young activists and explore what climate justice actually means, where it comes from, why it is important and what it can look like in practice. We must take their lead by continuing this work in collaboration with young people and, in doing so, move collectively towards a considered and coherent vision of education for climate justice.

Scottish Government. (2012). Learning for sustainability: The report of the One Planet Schools Working Group. Retrieved from https://education.gov.scot/improvement/Documents/One-planet-schools-report-learning-for-sustainability.pdf 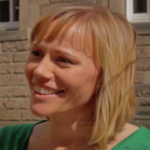 Senior Lecturer / Programme Director: Learning for Sustainability Programme at The University of Edinburgh

Beth is Senior Lecturer in Outdoor Environmental Sustainability Education and Programme Director for the MSc Learning for Sustainability at the Moray House School of Education, University of Edinburgh. She is passionate about re-imagining and transforming education for a sustainable future and is driven by the profound and important challenge of re-conceptualising human relations and kinship with the natural world as a fundamental aspect of this re-visioning process. Her research spans the theory, policy and practice of sustainability education or Learning for Sustainability (as it is termed in Scotland) and she regularly works with academic colleagues, schools, practitioners, Scottish Government and a number of organisations to research, examine, develop and implement this work. She is currently developing research into Climate Justice Education in Scotland alongside Dr Callum McGregor. She is also developing a practitioner enquiry-focused action research project with a community... 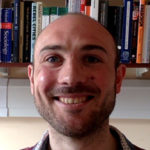 Callum is Lecturer in Education at the University of Edinburgh and Programme Director for the fully online MSc Social Justice and Community Action. His broad research and teaching interests are located at the intersection of education and social movement studies. In particular, Callum’s research has examined the public pedagogies produced by different cultures of climate change activism, in the wider context of neoliberalism. He is currently carrying out action research into climate justice education in Scotland alongside Dr Beth Christie, has recently published a chapter on climate justice education in the Routledge Handbook of Climate Justice. More broadly, Callum enjoys researching and writing collaboratively on a range of themes related to education and social justice. For example, he has recently written about how critical educators might respond to the current ‘populist moment’ with Dr Margaret Petrie and Dr Jim Crowther. He has also been developing work around data...

All from this series
The right to protest: A children’s rights perspective on the school climate strikes