I don’t remember ever seeing a group of famous ex-alumni in the news protesting against cutbacks to their former schools’ funding, yet in the case of further education (FE) in England, a growing trend has emerged of well-known people standing up to defend it and stress its importance in transforming lives. Recently the actor Sean Bean, along with the former secretary of state for education David Blunkett and celebrity chef Ainsley Harriott all joined the cause in speaking out against the government’s funding cuts.

FE had already been stripped to its financial bare bones

Having borne the brunt of the government’s austerity agenda in education over the last five years, with repeated cuts, redundancies and the on-going upheaval of the current area reviews, there’s no more challenging time to be working in FE. That FE was spared the savage cuts so many had expected in last year’s comprehensive spending review and the news was not only greeted with a sigh of relief but even applauded by some tells the story of a much beleaguered sector. Yet some commentators seem to have forgotten that FE had already been stripped to its financial bare bones by the time of the review, having seen its budget cut by a fifth from 2010-2015.

Throughout the government’s austerity agenda, schools have remained relatively unaffected with much of their funding ring-fenced. In comparison, FE has not been so lucky. But then again, it’s not a question of luck. Decisions to target FE funding cuts have not been based on financial reasoning designed to create so-called ‘leaner’ organisations, but an ideological agenda driven by efficiency savings and market interests. Part of this agenda, of course, is the issue of class. The stark truth is that no one in Whitehall actually cares about FE. Why? Because it’s a sector that predominantly caters to the needs of working class communities and rarely (if ever!) touches the lives of politicians and policy makers; as such it can be easily dismissed as a budgetary burden. If ever you wanted proof of this indifference, just look at what Vince Cable said about those government officials who wanted to axe FE completely in 2010. Yet despite the world of FE failing to register on Westminster’s radar, the impact that the government’s austerity policy has had on its workforce and students is indeed very real.

From senior management to hourly paid tutors, the cascading effects of the government’s cuts have been felt at all levels. In a recent research interview, Gina, a faculty director from a college in the north of England, talked about how there had been redundancies every year over the last five years compared to ‘only a handful’ in the five years before that. As someone who had moved into education after having spent fifteen years in business management, she described how she saw similarities between what was happening in FE and the retail world where she had previously worked:

There’s always been an element of chasing the funding in FE but that’s become much more the case in the last few years with the cuts … The whole focus is on apprenticeships now. A colleague said to me recently, if an adult learner is only worth £890 and an apprenticeship is worth £7000, which one are you going to choose? That’s quite a cutthroat way of looking at it I suppose, but like in business if you’re going through a difficult time financially then you’ve got to do whatever it takes to get through it!

For some practitioners, ‘doing whatever it takes’ has seen their teaching timetables increased by a fifth, group sizes doubled or even tripled, the withdrawal of additional support and growing pressure on them to ensure that every student successfully completes their programme of study. Add to this the strain of ‘getting a bunch of challenging learners to pass their GCSE in English or maths on a 30 week programme when they couldn’t do it in however many years at school’ (Angie, functional skills tutor) and it is little wonder that levels of stress and stress-related illness amongst FE staff are purportedly at an all-time high according to the sector’s professional bodies.

Equally students have not escaped the direct impact of austerity either. Reduced budgets have resulted in many departments demanding increased contributions from students towards the cost of resources. And these are students who invariably come from low income families that can barely afford to pay their weekly household bills let alone cover any extra expenditure. There was a time not so long ago that such students did at least have the educational maintenance allowance (EMA) to rely on to cover these costs but then again that’s another one of the many cuts that FE has suffered at the hands of the current government since 2010. 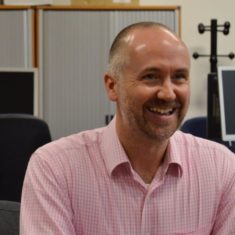 Dr Matt O’Leary is Reader in Education at Birmingham City University. Prior to this he was the co-founder of the Centre for Research and Development in Lifelong Education (CRADLE) and a principal lecturer in post-compulsory education at the University of Wolverhampton. Matt has worked as a teacher, teacher educator, head of department and educational researcher for over 20 years in colleges, schools and universities in England, Mexico and Spain. He is well known internationally for his work on classroom observation and is regarded as one of the first educational researchers in the UK to investigate and critique the practice of graded lesson observations. He is also the author of the book Classroom Observation: A Guide to the Effective Observation of Teaching and Learning (Abingdon: Routledge 2014). Matt is currently involved in researching the impact of the austerity agenda on the FE workforce.

Understanding adult education in community contexts: The case of the homelessness sector

The origins of further education in England and Wales