It is an interesting time to be a student. Not a single day passes without newspaper and social media headlines echoing student concerns about the (mis)handling of the Covid-19 crisis on campuses, or the various forms of discrimination that students have been experiencing. It is clear that students are resisting prevailing university practices. Right-wing activists may call it a culture war, but the risk here is that the student population may be polarised over the very real issues of finance and wellbeing that many are speaking out about. This autumn has certainly exposed the bad and the ugly in higher education, but it has also seen good, or at least promising, developments in terms of student voice and agency.

‘The increasing presence of student voice and demands gives the lie to the misleading view of students as “snowflakes” – fragile and passive recipients of education. So what is causing students to “act out”?’

Over the past few years, students have been described as ‘snowflakes’, lacking in resilience and easy to take offence (see for example Baer, 2019; Furedi, 2016). However, the increasing presence of student voice and demands – on social media, national news and even their window displays –  gives the lie to the misleading view of students as fragile and passive recipients of education. So what is causing students to ‘act out’?

We are witnessing student reactions to the two major crises in higher education: the financial and the social.

First, they are acting against how British higher education is financed: university tuition fees now form the largest income strand for universities. Tuition fees in England are now the highest in the world, and an average student is expected to graduate with over £40,000 of student loan debt. The Covid-19 pandemic was the perfect trigger for a reckoning over value for money, as very material arguments over food, basic supplies and safety provide a factual basis for student frustration. Never before had students been tricked into returning to campuses without a real reason to be there. The question, What do I get for my money? has become a fair and imperative one.

Students have raised concerns about value for money since tuition fees were increased to £9,000 in 2012/2013, a direct result of the Browne review recommendations. The Consumer Rights Act 2015 has further reinforced the idea of undergraduate students as consumers and universities as providers: students have become increasingly aware of their legal rights, such as the right to have accurate information on course provision and study costs. The ongoing #StudentDeserveBetter campaign by the National Union of Students has these legal rights at its heart. While in the past the battle between fees and value had been rather abstract, relating to the quality of information and education, there is now a real material crisis that captures the issue of value for money. Students continue to pay the usual fee, but what they receive is incredibly different – something that often resembles a life in a detention centre.

Second, we also witness a growing student response to the pre-existing social and cultural inequalities in higher education. We see an increasing number of students sharing their experiences of race, class and gender-based discrimination. Some incidents are happening today in the new online campus and are therefore easily recorded and shared; other cases – those related to classism and racism in elite universities, for example – are perhaps only now receiving the necessary attention. They all highlight what it means to be marginalised in a university culture that is built on elitism, masculinity and whiteness. Such cases call into question the meritocratic ideals of British universities, where talent and academic achievement are celebrated but different student needs are often silenced (Bhopal, 2018; Reay, 2018; Warikoo, 2016). Students are empowered to tell their stories in the current context, in which where many are doing just that, and in which their voices have been given public platforms and credibility. It is also likely that this is just the tip of the iceberg: the student (as consumer) is ready to hold and keep the university accountable.

I want to conclude on an optimistic note. I understand that universities face financial insecurities in a system that heavily relies on tuition fees (and economy around student accommodation), and that from this arises the brutal emphasis on residential face-to-face teaching. However, I do believe that students practising their agency and speaking out is inevitably a good thing. Society, particularly in times of crisis, needs young people to be able to challenge wrongdoings. I also want to remain hopeful that the current crisis over the financial and the social – the bad and the ugly in higher education – will allow us to imagine something better. In order to discover better value in today’s higher education, we need both a public discussion on its financing model, and the universities to meet the diverse needs of their student populations.

Baer, U. (2019). What snowflakes get right: Free speech and truth on campus. Oxford: Oxford University Press.

Furedi, F. (2016). What’s happened to the university? A sociological exploration of its infantilisation. Oxon: Routledge.

Warikoo, N.K. (2016). The diversity bargain: And other dilemmas of race, admissions, and meritocracy at elite universities. Chicago: University of Chicago Press. 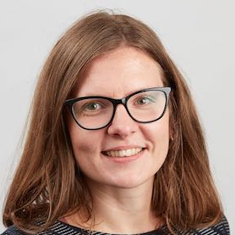 Dr Rille Raaper is an associate professor in sociology of higher education at Durham University. Rille specialises in student identity and political agency, and her research critiques the consumerist construction of students. She has published widely in related areas to explore how students enact and resist consumer discourses in higher education.