I have been publicly exploring the issue of disruption, violence and students’ challenging behaviour in post-school classrooms since 2000 (Lebor, 2000). Susan Wallace has also carried out considerable research into disruptive student behaviour (2002), and has recently offered a great deal of useful advice (2017), while Dave Vizard has produced a series of strategies for dealing with disruptive behaviour in post-school classrooms (2009, 2012). However, there is an assumption that these issues do not arise in post-school contexts. because the students are so much older and most writers focus on this issue within schools (Ellis & Tod, 2014). College is supposedly a more adult environment in which, it is assumed, negative behaviour will not take place.

I argue that there are many differences between the two sectors. As schools are on a single site, school head-teachers can offer whole institutional policies on expected behaviour delivered to all students at one assembly of several hundred students. Colleges, on the other hand, can have 20,000 students taught in different towns. Secondary school students usually stay for five years, allowing more time to build relationships. College students, however, could be there for a year, month, week or single day (Lebor, 2017, pp. 37–40).

‘The problem of disruptive classroom events is underreported in colleges: it is one that continues from school, but operates with fewer restrictions in the more relaxed environment of lifelong learning.’

It is difficult to quantify the number of disruptive classroom events in the UK, as the information is not made publicly available: students will not attend colleges that have a reputation for disruption (Lebor, 2017). Ofsted generally says that the problem is one of small-scale disruptions, such as talking in class (Ofsted, 2014). However, Bennett (2017) argues that Ofsted are not accurately reporting the extent of the problem in the school sector. I agree, and think that the problem is also prevalent in colleges (Lebor, 2017): it has merely continued from school, but operates with fewer restrictions in the more relaxed environment of lifelong learning.

Parry and Taubman (2013) have researched examples in colleges of violence against staff, between students, digital bullying and attacks on property. It is often suggested that disruption is resolvable through teachers producing engaging lessons (Petty, 2014). While this might be generally true, engaging sessions can only be taught if the teacher has the convenience of a relatively compliant class.

In my research I used a range of different qualitative methods such as interviews, surveys and focus groups to enquire into the experiences and views of teachers, managers, ‘disruptive students’, teacher educators and trainees. I interrogated 20 education departments at different colleges, and 90 per cent of a sample of teacher educators said they did not believe there should be a mandatory module on behaviour management on teachers’ training courses in the post-school sector. However, 90 per cent of a sample of 200 trainees at those colleges said that because of their difficult experiences, there should definitely be a mandatory module devoted to dealing with disruptive students. Stakeholders, such as managers, also reported on the prevalence of student disruptive behaviour.

In my book (Lebor, 2017) I offer the outline of a potential module for supporting teachers in developing strategies for dealing with disruptive students. I use the phrase ‘the battle against being educated’ in the book’s title to mean that students are being offered the gift of education, but some are almost fighting not to receive it.

I argue that by exposing trainees to numerous case studies on difficult classes, and getting trainees to support one another in training sessions, they can develop supportive relationships that can be used as a model for their later careers in staff rooms. Above all, my book offers further exploration of these strategies for developing greater emotional and psychological flexibility in our future teachers (Lebor, 2017).

Lebor, M. (2000, February 8). One strike and you’re out. Guardian. Retrieved from https://www.theguardian.com/education/2000/feb/08/furthereducation.theguardian1

Lebor, M. (2017). Classroom management in the post-school sector: Student and teacher perspectives on the battle against being educated behaviour. London: Macmillan.

Office for Standards in Education, Children’s Services and Skills [Ofsted] (2014) Below the radar: Low level disruption in classrooms. https://www.gov.uk/government/publications/below-the-radar-low-level-disruption-in-the-countrys-classrooms 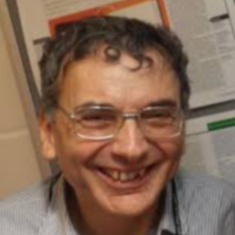 Merv Lebor is a tutor in education. He has taught language, literature, media and art, working from basic literacy up to master’s level, co-ordinated five different degree programmes and worked for several universities. He currently works in teacher education at the University Centre at Leeds City College.