‘Have you thought about including recordings of these stories as part of your thesis? It’s just that reading them out loud was really powerful for those of us listening.’

I stopped. To be honest, I hadn’t thought about what it would mean to read out the draft narratives that represented the experiences of Gina, Arthur and Ahmed, the graduate teaching assistants (GTAs) I had been working with. My concern had primarily been around the way the stories had been developed. Although in creating these narratives I had invited feedback from participants at several stages, this process was far from the genuine co-production I had initially hoped for. It had felt exploitative somehow, asking the three GTAs who were already juggling a range of often conflicting responsibilities to engage in this additional labour.

However imperfectly created, the stories nonetheless offer valuable insights into the lived experiences of GTAs, illustrating the complexity, messiness and nuance of their practice. I have adopted fictional approaches in my thesis because narrative, in Gallagher’s (2011, p. 52) words, invites ‘rival musings and interpretive openings’ as well as space for the affective, the emotional, that is at the heart of teaching (Ghaye, 2007; Akinbode, 2013). In presenting the narratives as a collection of short stories, I hope to provide an opportunity to represent and make meanings out of everyday, unpredictable and contradictory experiences. For example, contrasting Gina’s view of the training provided by the institution with that of the perspective of the Researcher (who is a character in the collection in her own right to acknowledge my positionality and influence on the way the participants told their stories) illustrates the different assumptions that different actors make about the world they inhabit. Meanwhile, other narratives juxtapose the agency that Arthur had in adapting the session plans set by senior colleagues into activities that would work for his students, with that of Ahmed having to ask students to show him the instructions for an assignment because he did not have access to the information.

‘In presenting the narratives as a collection of short stories, I hope to provide an opportunity to represent and make meanings out of everyday, unpredictable and contradictory experiences.’

Maybe the role of the audience in interpreting the narratives had always been at the back of my mind; but by asking this question, the colleague at the symposium brought it into a sharp focus. Meaning is made and re-made from stories, not only in the ongoing dialogue between participant and researcher, but also in the act of sharing, reading or listening to the narratives (Riessman, 2008). This requires the researcher and participant to let go of any belief that we may be able to control how they are interpreted by wider audiences; but the telling of stories potentially resists and disrupts assumptions that are dominant in our societies and institutions, forging new possibilities and prompting social action (Delgado, 1989; Richardson & Lockridge, 1998; Gallagher, 2011).

While the GTAs I worked with did carve out small spaces for agency, they were often in positions where they were expected to adapt their behaviour to fit in with departmental ways of working rather than feeling valued as teachers in their own right. In listening to the participants’ stories, I found myself feeling angry about the way Arthur and Ahmed’s previous teaching experience was underappreciated, and frustrated by the lack of communication between departments and GTAs; and yet inspired by Gina’s commitment to generating interest among female students in her traditionally male-dominated field. However, it would be inappropriate to place the burden for change on the shoulders of individual GTAs. As the colleague at the symposium suggested, perhaps listening to the narratives read aloud might unsettle and provoke senior colleagues working with GTAs including myself, prompting us to question processes that we (maybe unwittingly) perpetuate and to explore how we might enact changes to better harness the unique perspectives and experiences that GTAs bring to the classroom.

Join BERA’s ECR Network on 18 September 2020 for the online event, ‘Academic writing and publishing: Experiences from an ECR’. In it, Yang Hu – senior lecturer at Lancaster University – will share his experiences of publishing during and after his PhD, consider potential issues when publishing from one’s PhD research, offer ways to navigate (and survive/enjoy) the writing and peer-review process, and give some insights into solo-versus-collaborative research. Click here for more information and to book your place. 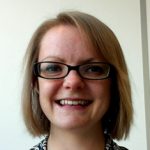 Sarah is in the fourth year of her doctorate in education at the University of Sheffield. Her background is in history, and she has drawn on her experience of working with oral histories to inform her education research. Sarah’s thesis focuses on the identities, experiences and agency of graduate teaching assistants in the classroom, but her research interests also include the role of relationships in academic leadership. From a methodological perspective, she is interested in the ways in which creative fiction approaches can be used to represent the complexity of learning and teaching practice. Alongside her studies, she works as an academic professional development manager at the University of Sheffield, leading a team of colleagues who support staff across the institution, at all career stages, to develop and celebrate their teaching practice.

All from this series
Editorial: Theories, concepts and reflexivity in educational research

Teacher identity in a performative age: Coming to research through autoethnography