The House of Commons Education Select Committee recently published the findings from their inquiry into special educational needs and disability (SEND). The report describes a serious failure in the implementation of changes in SEND over the past five years, hampered by ‘bureaucratic nightmares, buck-passing and a lack of accountability, strained resources and adversarial experiences’ (Education Select Committee, 2019). A far cry from the promises made in 2014 by the then Children and families minister Edward Timpson that the Children and Families Act would be ‘the most ambitious and aspirational reforms to SEND provision in 30 years’.

The Children and Families Act 2014 aimed to radically change the way in which young people with SEND are supported through school and college. The introduction of education, health and care plans from 0–25 years would bring services together to co-commission resources rather than work in siloes, and provision would now focus on the outcomes young people were going to achieve in their lives. A new chapter in the code of practice dedicated to ;transition to adulthood’ would ensure that young people would not just fall off the end of the cliff of children’s services as had been reported in the past, and most importantly, children and families were to be, ‘at the heart of the process’ (DfE & DoH, 2015, s.9).

In my recent paper about the SEND reforms (Hoskin, 2019), young people with the life-limiting impairment Duchenne Muscular Dystrophy and their families reported that they liked the new person-centred emphasis in the legislation and were pleased to be included in planning and review meetings. However, participants reported fragmented services, professionals who often have little understanding of their condition or of the new legislation, and a severe lack of funding for resources that are necessary for any child with SEND to attain high aspirations in life. Underpinning these findings was the programme of cuts across services that have been implemented over the past nine years in the UK.

We know that austerity was always a choice: other countries such as Germany, with a stronger social protection system, have not experienced the same level of cuts (Stuckler Reeves, Loopstra, Karanikolos, & McKee, 2013). We also know that in the UK, disabled people have been disproportionately affected, and research shows that rather than share the burden of cost, they have actually been targeted to bear the brunt of it (Duffy, 2013). As early as 2012, 81% of local authorities in England set care eligibility thresholds at ‘substantial/critical only’, over 50% closed a disability support service, and in some areas, charges to service users rose by 400% (Wood, 2012). For those young people with SEND planning to live independently, the closing of the Independent Living Fund in 2016, and the re-emergence of ideas such as ‘warehousing’, where disabled people are forced to live in residential care, is very worrying. Cuts to school budgets has meant that around a third of local authority secondary schools are currently in deficit, and according to the National Education Union, reduction in the government funding allocated to local authorities for children with the most complex SEND, has resulted in up to 8,587 children and young people to be ‘awaiting provision’ for a school place, with no access to any type of educational provision (EPI, 2018; NEU, 2019). It is difficult to understand how young people with SEND can hope to be aspirational if the very resources they require to be able to do so are being removed.

If things are going to improve, a culture change will need to happen where the aspirations of young people with SEND and their families are taken seriously

The Education Select Committee report makes it clear, however, that it’s not just a matter of funding that has led to their shocking findings. If things are going to improve, a culture change will need to happen where the aspirations of young people with SEND and their families are taken seriously. This means that as well as increased funding, there needs to be structures and systems put in place to ensure that schools and local authorities are held accountable for supporting every young person with SEND to achieve his or her dreams. This may be at odds with the narrative of neoliberalism that currently dominates society. Neoliberalism demands that we all contribute to the economy, are ‘perfect and species typical’ (Campbell, 2001, p. 44) and academically able. According to Goodley, Lawthom and Runswick-Cole (2014, p. 981), neoliberalism provides an ‘eco-system for the nourishment of ableism’, where disabled people and those with SEND can become invisible or excluded in a system that values academic achievement over inclusion. Austerity plays an important role in this scheme, celebrating concepts of individualism by helping to normalise and justify low wages, budget cuts and precarity, making us believe ‘there is no alternative’.

Standing together as communities against the cuts – as people are through groups such as SEND Crisis across the country – disrupts the ideals of neoliberal-ableism. It offers a glimpse of a different world that isn’t based on human beings as economic maximisers, but rather as global citizens with rights and aspirations, with SEND or not.

Department for Education and Department of Health [DfE & DoH]. (2015) Special educational needs and disability code of practice: 0 to 25 years. Retrieved from https://www.gov.uk/government/publications/send-code-of-practice-0-to-25.

Duffy, S. (2013). Briefing on how cuts are targeted. Centre for Welfare Reform.

Hoskin, J. (2019), Aspiration, austerity and ableism: to what extent are the 2014 SEND reforms supporting young people with a life‐limiting impairment and their families to get the lives they want?. British Journal of Special Education, 46: 265-291 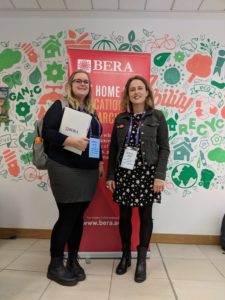 Associate Professor of Education at University of East London

Dr Janet Hoskin is Associate Professor of Education in Special Education at the University of East London, teaching on undergraduate and postgraduate programmes. Her research interests include exploring the lives and experiences of disabled children and young people, SEND policy and children at risk of exclusion. She is co-convenor of the BERA Inclusive Education special interest group and a parent governor of a community secondary school in Walthamstow, East London.