Distributed leadership has increased in popularity worldwide (Harris & Spillane, 2008). Research has been conducted across a diverse range of countries on distributed leadership and its association with the quality of education, teacher job satisfaction, organisational commitment, organisational change and school climate (Hulpia et al., 2009; Sun & Xia, 2018). However, the evidence about how school contextual factors influence distributed leadership is limited. According to earlier research, schools with disproportionately high proportions of children from affluent socioeconomic backgrounds, mainly city schools, are more likely to involve teachers in school decision-making than schools in less affluent areas, primarily rural areas (Liu et al., 2018). This blog explores the extent to the which school type influences distributed leadership from the headteachers’ perspective.

Literature reviews have highlighted how school contexts and headteacher characteristics contribute to school leadership styles and its effectiveness (Leithwood et al., 2008). However, interventions and methods that work in one school context might not work in another, since no two school situations are the same. In a recently published study (see Eryilmaz & Sandoval Hernandez, 2021), we found important differences in the understanding of school leadership across the countries participating in the Organisation for Economic Co-operation and Development’s Teaching and Learning International Survey (TALIS) (OECD, 2019). Our results provide evidence to support the idea that headteachers should give more importance to their particular context when deciding the leadership style that best suits their schools. We believe that it is necessary to complement analyses of international patterns with context-specific research. In doing so, we attempted to answer the following research question in a presentation recently delivered at the BELMAS Annual Conference in Liverpool (July 2022): ‘Does school type affect the leadership distribution practices of school principals in the UK?’

‘Our results provide evidence to support the idea that headteachers should give more importance to their particular context when deciding the leadership style that best suits their schools.’

In this ongoing study, we focused on UK data from TALIS 2018. The main outcome variable is the headteachers’ perception of distributed leadership in relation to team leadership in the school; and the predictor of interest is school location (that is, rural, town and city schools). We used the school location as the main independent variable. We conducted three separate multiple regression analyses with distributed leadership as the outcome variable and controlled for many variables in the UK.

These results, however, are based on aggregated data from a national representative sample and cannot be used to identify the mechanisms underlying the patterns we found. Consequently, we believe that a follow-up qualitative study is needed to produce the information that will allow us to refine the theories we currently use to explain these phenomena. Collecting information directly from headteachers in schools located in different contexts, as well as from their students, teachers and other stakeholders, is necessary to generate a detailed picture of what is happening in UK schools. This information can then be used as evidence to make better-informed policy and practice decisions.

Furthermore, similar mixed-methods studies, using large-scale assessment data from different countries, followed up by qualitative case studies can lead to a global comparative perspective on the interdependence between leadership styles and school context. The findings are of particular interest to academics, policymakers and education practitioners in their quest for social justice in education as distributed leadership could potentially lead to school effectiveness and improvement. 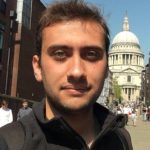 PhD Student at University of Bath

Nurullah Eryilmaz is pursuing his PhD in Education at the University of Bath, and he is also a research assistant at the REAL Centre at the University of Cambridge. He holds a master’s degree from the University of East Anglia. His doctoral thesis focuses on studying educational inequality and its effects on student outcomes using international large-scale assessments. His research interests focus on the domains of comparative education, sociological theory and psychometric analysis. 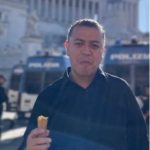 Head of the Department of Education at University of Bath

Andrés Sandoval-Hernández is the head of the Department of Education at the University of Bath. Prior to that, he was the head of the Research and Analysis Unit at the International Association for the Evaluation of Educational Achievement (IEA) and held different academic appointments at Universidad Iberoamericana and the Facultad Latinoamericana de Ciencias Sociales (FLACSO). His research interests include comparative analyses of educational systems using large-scale assessment data with a focus on educational inequalities and civic education.

Can we really trust socioeconomic measures used in PISA tests?