The lower educational attainment of looked after children compared with their peers not in care has long been the subject of interest and research. The dominant position is that the reason behind these poorer outcomes is a ‘care system’ (including social workers, carers and teachers) which is letting children down by not providing enough of the right kinds of support and aspiration (Jackson, 2007). This position has been promoted by successive governments, alongside an insistence on measuring success of looked after children by hard attainment outcomes alone, such as test and exam results.

In more recent years an alternative position has developed (Berridge, 2012). There are several key arguments here. First, that a comparison between looked after children and those not in care is disingenuous: it compares ‘apples’ with ‘pears’ so of course the outcomes will be different. Second, that pre-care abuse and neglect has a long-term impact upon children’s self-esteem and ability to concentrate, to learn and to trust adults. Third, that taking a snapshot of outcomes at certain prescribed points ignores progress that looked after children make, particularly if starting from a low base on first entering care.

My own research (Walker, 2017) aimed to better understand the complexity behind the lower educational outcomes of looked after children, by focusing on the attitudes and dispositions of those working with them. Accordingly, 30 participants (a cross-section of staff including Deputy Directors, social workers, carers and teachers) across two local authorities were involved in the research.

Staff focused on educational progress made by children rather than on test outcomes.

Several key findings emerged. First, that staff held a holistic view of the children, seeing education as important, but alongside the need to meet their socio-emotional needs, of which they were keenly aware. Staff focused on educational progress made by children rather than on test outcomes. This led to the existence of complexities and paradoxes. For example, in order to encourage the young people and boost their self-esteem, celebratory events were held, where children were rewarded with certificates for achievements such as improved school attendance. While these events were absolutely appropriate, it could be said that such celebrations of relatively ‘minor’ achievement inadvertently reinforce low expectations of looked after children; hence the resulting paradox. Second, the physical geography of the local authority was significant and impacted upon the child’s concentration or performance after, say, long journeys to and from school, or upon their emotional wellbeing if they were expected to make long journeys by bus. For staff, time available for direct work with children was reduced where they had to spend a long time travelling to and from meetings. Third, inherent barriers to effective multi-agency working were significant. These included different groups of staff having distinct priorities, or divergent views on how to spend ‘pupil premium’ money, and the existence of professional mistrust due to status and hierarchy issues.

In conclusion, my research supports the notion that there is a need to rethink the reasons behind lower educational outcomes of looked after children. If we are truly to address this important issue it is necessary to fully understand the causes and not rely on apparently simple solutions. While some children may not attain the ‘hard’ targets demanded by test scores, if the stories of their progress are told, then a more positive picture emerges of the educational outcomes of looked after children compared to the focus on failure that dominates the policy discourse. Recent research (Sebba et al, 2015) for example, has demonstrated that outcomes for looked after children are better compared to children from similar backgrounds who remain living at home. Of course, the skills and attitudes of individual workers and carers are important, and everyone working with looked after children should aim to ensure they receive the best possible care and support. However, this needs to be placed in the context of the very real complexities and structural limitations that exist, which at times militate against workers’ efforts. 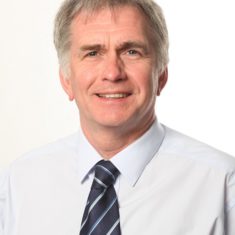 Gary Walker is a Principal Lecturer in Childhood and Early Years at Leeds Beckett University. He has worked in a variety of social care settings with and for children and families for over twenty years. This includes day and residential settings, and as a child protection social worker. He has been child protection education co-ordinator, and looked after education co-ordinator for a large education authority. He has extensive experience of teaching and training adults in social care issues. Publications include a sole-authored book Working Together for Children: A critical introduction to multi-agency working (second edition due January 2018), an edited volume (with Phil Jones) Children’s Rights in Practice as well as chapters for edited volumes and peer-reviewed academic journal articles. His Doctoral research explored educational outcomes of looked after children.