This blog describes recent issues concerning the collection and reporting of data associated with Raising the Participation Age (RPA). It details recent changes to English local authorities’ enforcement powers, data collection methods and reporting requirements. Currently, local authorities have a statutory duty to collect and provide information about the current activity of young people. These “data returns” are used to produce monthly reports, quarterly NEET statistics, NEET scorecards, and Annual Activity Surveys published by the Department for Education (DfE). In this sense, the blog describes how participation data is collected by local authorities is shaped by organisational practices, which in turn, shapes who is included in the data.

Understandably, academic research on youth transitions centers on the category of “NEETs”. What is brought out by the recent history of implementing RPA legislation is a new problem category, “activity not knowns”. This category is used to refer to young people whose current activity local authority tracking teams and youth workers are unable to ascertain. Following public attention on the high levels of “not knowns”, one proposed explanation has centered on problematic data sharing arrangements. One of these concerned how the Universities and College Admission Service (UCAS) shares information with local authorities. Arguing that most of the rise in “activity not knowns” were amongst young people in Year 14, local authorities sought to put pressure on UCAS which had ceased freely sharing proprietary admissions data. The Local Government Association publicly criticised UCAS’ approach to data sharing, indicating possible consequences of losing this source of information: “Without it we risk some of our young people falling through the cracks and missing out on crucial support.” (Lepper, 2014). The rising numbers of “activity not knowns” was also analysed as masking “hidden NEETs”. To this end, Richard Brooks has argued that there has been a systematic underreporting of NEET statistics, which “means that the many ‘missing NEETs’ do not get the help and support they so badly need” (2014: xv-xvi).

As of September 2016, the requirements for collecting participation data was purportedly altered to reduce the numbers of “activity not knowns”. In the summer of 2016, the DfE wrote to Directors of Children’s Services explaining the rationale behind proposed changes to monthly reporting requirements. Henceforth, local authorities would not be required to provide data on young people up until their twentieth birthday. Instead, local authorities would only be required to report the current activity up to end of the academic year when residents turn eighteen, and up to the age of twenty five for young people with a current Education, Health and Care plan or Learning Difficulty Assessment. These changes would not require new legislation, and would allow local authorities to “focus resources”. This new reporting requirement, the letter stated, would reduce the “disproportionate” resources allocated to “tracking the activity of approximately 600,000 18-year-olds in order to identify 35,000 who are NEET” (London Councils, 2016: 37). It would also allow local authorities to develop local priorities to “develop solutions that meet local circumstances” (London Councils, 2016: 39). The letter additionally argued that “most 18-year-old NEET are already receiving support from elsewhere”, either from Jobcentre Plus or specialist support services.

This blog has suggested that changing requirements for reporting on the implementation of RPA are shaped by political, administrative and organisational practices. As of autumn 2016, local authorities continue to account for young peoples’ participation in education or training through submission of “data returns”. Who is included in these returns is evidently shaped by interactions between record-keeping practices, political decisions, electoral results, national legislation, reporting requirements, local authority teams, allocation of resources and data sharing procedures.

Brooks, Richard. 2014. Out of Sight: How we lost track of thousands of NEETs, and how we can transform their prospects. Fabian Society: London. 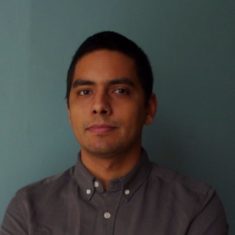 Julian Molina is a Doctoral Candidate in Sociology at the University of Warwick. He has been conducting ethnographic research on the organisation of active labour market programs, education-to-work transitions and employment-related interventions in London. He is interested in ethnomethodological studies of work, urban ethnography, and documentary practices.