In an era in which creative subjects are being squeezed in education, the role and value of the arts in health settings is increasingly acknowledged. The all-party parliamentary group on arts, health and wellbeing (APPGAHW) (2017a, 2017b) and Fancourt (2017) highlight a wide range of possible ways in which the arts can support the health and wellbeing of individuals, communities and societies in the context of contemporary models of health. This includes helping with specific identified conditions, as well as promoting wellbeing, healthy behaviours and social engagement. Included in the broad definition of ‘arts’ in this context are singing and musical activities as well as performing arts such dance, drama and juggling, and visual art such as painting and drawing. Associated with the concept of social prescribing (which seeks to address health and wellbeing from a holistic perspective using a range of non-clinical interventions), participatory arts projects are growing in number in the UK (APPGAHW, 2017b). In relation to the benefits of participating in music and singing in health settings, the APPGAHW (2017a) stated that:

In terms of children’s rights to engage in playful activities and make choices, article 31 of the United Conventions on the Rights of the Child states that, ‘[e]very child has the right to relax, play and take part in a wide range of cultural and artistic activities’, and article 12 that ‘[e]very child has the right to express their views, feelings and wishes in all matters affecting them, and to have their views considered and taken seriously’. These rights applu at all times – for example, during immigration proceedings, housing decisions or the child’s day-to-day home life.

Given the evidence reported above, I have been working on a timely study funded by the Froebel Trust which focusses on one aspect of music and singing in healthcare settings: the benefits of musical games – in terms of their right to make choices and to engage in playful activities, and of their overall wellbeing – for children with a range of conditions at a Birmingham children’s hospital (BCH) who engage with Ex Cathedra’s Singing Medicine project.

Data collection involved interviews with parents (and wider family members) and health professionals as well as non-participant researcher observations of singing medicine sessions. For the interviews, five parents, one sibling, one adult who had attended BCH as a child and 13 health professionals were included. For the observations, six children were observed across three wards.

Themes that arose from interviews included:

From observations there was evidence of:

These findings demonstrate the benefit of participating in Singing Medicine for children, their family members and health professionals supporting them. The findings can be considered in light of significant evidence from the APPGAHW on the benefits of the arts more broadly, and singing and music specifically, in health settings, and also in light of the United Conventions on the Rights of the Child. The next phase of the study will be to map the findings against Froebelian principles.

You can read more about the study and find the final report (when it is published later in the summer) here.

There is a current petition advocating for ‘singing on prescription’ to be adopted by the NHS – please sign it if you have time.

Arts Based Educational Research Children and Childhoods Creativities in Education 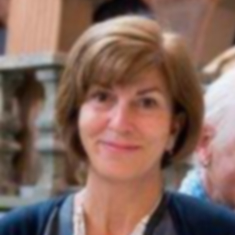 Dr Carolyn Blackburn is a senior research fellow at the school of education and social work at Birmingham City University. Carolyn is vice-chair of the European Association on Early Childhood Intervention, a Churchill Early Years Prevention and Intervention Fellow, a fellow of the Higher Education Academy, an editorial board member of Infants and Young Children and a disability forum council member of the Royal Society of Medicine.