The most practical first step, when doing research or reading a research report, is to check the theory. All research is driven by theories, which can have even more influence over researchers if they are unaware of them. For example, before around 1980, sexism and racism dominated social research. Inevitably, inferior traits were found in certain social groups because of how the assumed theories framed the research questions, methods and analysis.

This blog identifies confused theories and unhelpful dichotomies in current education research, and ways to resolve them.

Education research is often unhelpfully split between psychological and sociological approaches. Psychology tends to look inwards, to explore problems within individuals and propose remedies that try to alter their beliefs and behaviours. Other social sciences tend to look outwards and to examine problems and potential remedies in how social structures, routines, resources and relationships affect individuals. Theories are needed that attend equally to agents and structures and their interactions.

‘Researchers need to begin by examining their theories to enable them to control their research, and avoid the risk of being misled by unexamined beliefs.’

Qualitative and quantitative research is too often dichotomised. Policymakers mainly support and fund research with large samples, questionnaires and statistical analysis. Other researchers conduct in-depth studies of small samples. While the first group, in the positivist/realist tradition, trusts quantitative research to produce reliable truthful facts, the second qualitative interpretive group is less certain. Replies to questions such as, ‘On a scale of 0–5, how much do you help your child with homework?’ can seem fixed and certain in questionnaires, but may become complex and ambiguous during interviews. Many interpretive researchers are cautious about ‘the truth’. Some are relativist, accepting only a range of differing, partly valid truths, socially constructed in each specific context.

Each group separates facts from values. Positivists and realists aim to be objective, detached and ‘value-free’. Interpretivists see moral and religious values as constructions, emerging from local contexts, without the universal agreement that positivists accord to facts (McCormack, 2019). Yet education research is value-laden, given that its methods and findings can potentially benefit or harm countless school students (Sayer, 2011).

Although pragmatic mixed-methods researchers often combine quantitative with qualitative methods, this can involve papering over contradictions between their differing theories about evidence, truth and values. Theories are needed that logically and respectfully combine large- and small-scale research, recognise reliable data as well as complexity, see how truth and values are central to education research and, as noted earlier, do justice to both agents and structures.

Aiming to avoid relativist research, some curriculum theorists have developed social realism (Muller & Young, 2019; Oates, 2018; Wheelahan, 2010; Young, 2008). They emphasise that knowledge can be about enduring realities, not simply socially constructed ideas. However, critical realism (CR) (Bhaskar, 1998, 2008) goes much further than social realism in resolving the differences noted earlier. CR shows how factual positivism and interpretivism can work closely together within a larger, three-tier theory of reality. It recognises the following.

My new paper on ‘powerful knowledge’ in the British Educational Research Journal (Alderson, 2019), and my books on critical realism (Alderson 2013, 2016) review how CR identifies problems in social science and works to resolve them: how we can understand abstractions such as power, knowledge and justice; how to combine quantitative and qualitative research; how agents interact with structures and how we can seriously respect adults’ and children’s agency; the place of truth and values in social research; and researching transformative change over time (see also Bhaskar 1998, 2008; Gorski, 2013; Porpora, 2015; Sayer, 2011).

Researchers need to begin by examining their theories to enable them to control their research, and avoid the risk of being misled by unexamined beliefs.

Wheelahan, L. (2010). Why Knowledge Matters in the Curriculum. London: Routledge. 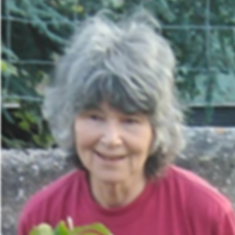 Priscilla Alderson is professor emerita of childhood studies at the Department of Social Science, UCL Institute of Education (IOE). After teaching in London schools, she began researching children’s competence, wisdom and rights in 1977, and has worked at IOE since 1991. Her recent books include: with V. Morrow, The Ethics of Research with Children and Young People: A Practical Handbook (SAGE; fourth edition due in 2020); with C. Goodey, Enabling Education: Experiences in Special and Ordinary Schools (Tufnell Press, 2018/1998); Learning and Inclusion: The Cleves School Experience (Routledge, 2013/1999); and Young Children’s Rights: Exploring Beliefs, Principles and Practice (Jessica Kingsley/Save the Children, 2008/2000). Her current research with Professor Katy Sutcliffe and Dr Rosa Mendizabal is on parents’ and children’s consent to heart surgery in two London hospitals, asking how much children aged between six and 15 want to be informed and involved in decisions about...

Researching Gender & Sexuality in Educational Settings: An event for PGRs and ECRs