There is something both alluring and disquieting about theories which can be summed up as a catchy combination of letters and numbers. They create a hook, something which we can engage with, may recall more readily and perhaps therefore start to exploit in our busy professional lives.  Teachers may be familiar with the ‘4 “R”s’ of Guy Claxton’s Building Learning Power; Resilience, Resourcefulness, Reciprocity, Reflection, or perhaps with the ‘4 “C”s’ underpinning the pedagogic approach of SAPERE’s Philosophy for Children; Caring, Collaborative, Critical, Creative.  For some these are a powerful shorthand, for others they are overwrought clichés.  Recently I was introduced to another one, this time on an academic leadership programme. Wait for it, yes there are four of them, and this time they are the ‘4 “I”s of Transformational Leadership identified as:

We were asked to reflect upon different models of leadership. It was suggested that rather than be ‘transactional’ leaders we should be ‘transformational’ leaders. Transactional leadership was summarised in a way that we recognised as managerial; holding people to account against criteria they were unlikely to feel ownership over and holding fast to hierarchical rules of engagement. Transformational leadership was first coined by Bass, building on the work of Burns. Both men were researching and reflecting on observable qualities of successful leaders in the US political and business contexts of the 1970’s and 1980’s.  On the leadership programme it was proposed that ‘transformational’ was something to aspire to, and to nail it as a concept it had the magic formula of the ‘4 “I”s’.   Clearly this was the true path.  And yes – my immediate response was of sly cynicism and I wondered whose eye I might catch amongst my fellow academic leaders.  Then I realised that the ‘4 “I”s’ were begging for my attention, they were the hook and I was dangling on the line. But wait, I was again distracted, not by the alignment of the transformational leadership model with my own ambitions as a leader, but by their resonance with my work on teacher peer coaching.  The ‘4 “I’s’ seemed to offer a frame through which good teacher coaching, and the school culture that supports and is constructed by it, can be viewed. I had recently led a workshop and written a blog post about the relationships between coaching and leadership, perhaps what I had been missing was the concept of transformational leadership.

My work on coaching in schools (both research and practitioner engagement) always throws a spotlight on its limitations and its potential to clash with performative cultures as I illustrated in an earlier BERA blog post. That same work, however, offers an equally powerful narrative of hopeful optimism.  We know that where coaching is working well, often between peers, and frequently supported by a sustained coaching development programme it creates a different sort of collaborative professional space than is often experienced by teachers in episodes of training and performance management. Uncannily the ‘4 I”s’ of transformational leadership describe the characteristics of the best of these spaces.

Coaching conversations have impact when they offer ‘intellectual stimulation’

Coaching can create a genuine opportunity for ‘individualised consideration’. Teachers are invited to share concerns and areas of interest emerging from their own practice and a good coach will work from that platform rather than from an imposed agenda.  This is critical in building and sustaining the buy-in and trust that means that teachers and coaches will work around some of their workload to give time for coaching.  Coaching conversations have impact when they offer ‘intellectual stimulation’.  These are neither cosy chats nor dogmatic instructional transactions.  Within a coaching conversation there are opportunities for both participants to experience challenge, to engage constructively with knowledge from multiple sources and grow their capacity to make decisions appropriate to the complexities of their teaching roles. And then of course there is the crucial question of professional credibility. Few people will accept coaching from someone who they judge unlikely to be able to walk the talk, instead they want a coach who offers ‘idealised influence’. Finally hardworking teachers are looking to share a sense of hopeful enthusiasm (not naïve goal sharing).  Effective coaches can encourage colleagues to raise their game by building optimism and thus providing ‘inspirational motivation’.

So now I am paying more attention to the ‘4 “I”s’ as I think they offer a route to building an experience of professional solidarity, and I think they reinforce how coaching can give ‘power to the people’. 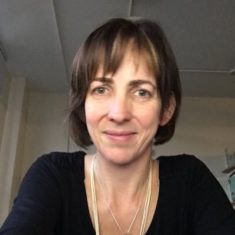 Head of Education in the School of Education, Communication and Language Sciences at Newcastle University

Dr Rachel Lofthouse is the Head of Education in the School of Education, Communication and Language Sciences at Newcastle University. She is also partnership development director for the Research Centre for Learning and Teaching (CfLaT). She has a specific interest in professional learning for teachers and educators, based on innovative pedagogies and curriculum design and practices for coaching and mentoring. These support her learners in building their workplace expertise while developing critical reflection and their ability to contribute to, and draw productively on, the evidence base for teaching and learning. She works with student teachers and their school-based mentors, fulltime teachers as part-time Master’s students, international postgraduate students and school leaders. Rachel has published in peer-reviewed journals on the subjects of coaching and mentoring, the innovative use of video to support practice development, practitioner enquiry and professional learning.

You can find more information at http://www.ncl.ac.uk/ecls/staff/profile/rachel.lofthouse.

Beyond mentoring; peer coaching by and for teachers. Can it live up to its promise?

The development of subject knowledge for teaching within the graduate teacher programme: how far does it provide a legacy for salaried schools direct?