This study was inspired as a response to an Erasmus Mobility Grant to the Netherlands. Anecdotal conversations with colleagues there led to a discussion about the different approaches being taken in conducting pedagogical research in the UK and the Netherlands. In order to ascertain if these impressions of different epistemological and ontological stances were borne out by evidence, a content analysis of three higher education pedagogic journals was undertaken. The analysis addressed the main research question: ‘To what extent are the methodological positions in pedagogic research different in the UK and Netherlands?’ The initial focus was on assessment research in Higher Education, but this was extended to pedagogic research in Higher Education to obtain enough studies to draw inferences from. The journals analysed were ‘Assessment and Evaluation in Higher Education’ (2014-2016), ‘Studies in Higher Education’ (2012-2016) and ‘European Journal of Teacher Education’ (2006 – 2016). The journals chosen all had an international scope and were happy to accept both empirical qualitative and quantitative research. The research reported was then categorised as using qualitative, quantitative or mixed- methods. The type/s of data analysis were also used to indicate the approach that had been taken. Studies that compared a number of countries including the UK or the Netherlands were also counted. The analysis could have been strengthened with the use of peer-debriefing (Lincoln & Guba, 1985). Arguably the type of data collected and reported shaped the interpretations of reliability and validity and can therefore be used as a shorthand for understanding how reality is understood.

The findings (see Table 1 below) indicated that social reality is interpreted in different ways by pedagogic researchers in the Netherlands and the UK.

Table 1: Analysis of research methods and data collection in the UK and Netherlands

Table 1 indicates that the UK conducts more qualitative research than the Netherlands. The findings may also suggest that qualitative research is more likely to be conducted in the Netherlands alongside quantitative research in mixed methods studies. The findings although preliminary and relatively small in scope do suggest that there are methodological differences in the types of approaches that are used by the two countries. A more in-depth analysis of the articles indicates differences in approaches to reliability and validity, for example the emphasis in many Dutch articles was on inter-rater reliability, whereas UK articles may have focused on validity in terms of credibility and transferability.

A comparison of the two countries in terms of the history of the development of pedagogical research, political drivers and differences in culture with regards to research by and with practitioners may be useful avenues to explore in explaining these differences. This is supported by the work of Dutch researchers such as Luneberg et al., (2007) and Ten Dam & Volman (2001). However, perhaps most significantly the findings show that the two countries have much to learn from each other. The different strengths that the two countries bring in terms of data analysis could be utilised in building very strong, comparative pedagogical research. It is also an exciting opportunity to collaborate and engage in dialogue about our understanding of validity and reliability and creating new interpretations of these. 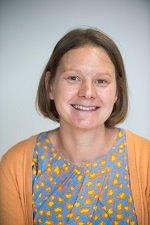 Sam Shields is a Lecturer in Education in Education, Communication and Language Sciences at Newcastle University. She is interested in pedagogic research particularly focusing on assessment, research methods and research cultures.

Adapting to the new normal in survey research

Relationality as a way of rethinking makerspace research methodologies