Having worked as a teacher educator since 2006, I’ve observed significant changes and developments from the perspective of my roles in a University and as director of a SCITT. As an evolving professional, I found directives initiated by the Coalition Government particularly interesting, and chose them as the focus for my Newcastle University M.Ed. Dissertation in 2015. This article represents a summary of my reflections.

In 2010, the Coalition government positioned the Department for Education as the flagship ministry for a hail of aggressive social reform strategies. Initial Teacher Education (ITE) became a target for major overhaul, with a series of rapid, sweeping and influential policies which shunted provision from its ‘traditional’ university location towards school-based settings. Despite a deeply concerning shortage of teachers, the overarching assertion was that ITE was out-dated, out of step with international models and therefore unable to produce the calibre of teachers required for globally competitive schooling.

In 2013, the then Education Secretary Michael Gove claimed that newly qualified teachers making the ‘biggest difference in academies’ had bypassed the ‘old’ PGCE route. Referring to Teach First, he went on to claim that the new monopoly on teacher education was attracting the very best graduates into the profession and should, therefore quadruple in size as a provider.

The Coalition’s early attacks on traditional PGCE courses were based on an openly negative take on the value of educational research, which was portrayed as being both groundless and irrelevant in the mastery of classroom craft (Cameron, 2011). This apparent gulf between theory and practice was not received as some shocking new headline by the HE sector and, despite their rhetoric Cameron and Gove had not uncovered anything hidden. As Furlong (2013) notes, the juxtaposition of theory and practice and the meaning of ‘empirical’ knowledge in education has never been a settled matter, rather a debate which necessarily burns at the centre of evolving practice.

Six years have witnessed the introduction of generous, tax free training bursaries, the strident infrastructural overhaul of ITE and increasingly ‘school immersive’ preparation to teach. Despite this, in 2016 England still faces a teacher drought which is impacting on pupil progress and curriculum delivery. The recent schools white paper ‘Educational Excellence Everywhere’ (2016) posits that school-led provision will expand significantly, with more freedom for headteachers of ‘good’ schools to accredit entrants to the profession using a new qualification system. I can hear the changes ringing with terrifying volume.

By stimulating more change before system maturation, the government risks undermining the quality of schooling. As Taylor et al (2007) reported ‘As a consequence of changes in the role and remit of university-based teacher educators there was evidence that traditional ‘bed rocks’ of the university contribution are seemingly becoming usurped by schools or dropped altogether’ (p.21).

Plans outlined in 2016 could lead to a catastrophic reduction in quality and rigour in a dispersed and fragmented training context. I do feel a sense of the beleaguered Arthur Scargill when I ponder with sadness the possible closing down of the HE coalface, and forever burying the rich, research-informed ‘seams of knowledge’ referenced by Burn & Mutton (2013).

Is all lost, however? Thankfully, a flotilla of evaluations and publications have come into the public domain alongside emergent system reforms. BERA, The Policy Exchange, IFS and the Nuffield foundation have all published change-informing reports. The data (and, dare I say, reflection) required to steer informed and urgent intervention is out there, living. Real and non-hierarchical collaboration between government and providers which focusses directly on the real needs of pupils, teachers, classrooms and school communities could still build out of the flux in designing something diverse, flexible and fit to serve the needs of educational stakeholders.

Taylor, A (2007). Developing understanding about learning to teach in a university-schools partnership in England. BERJ 34 (1), 63-90 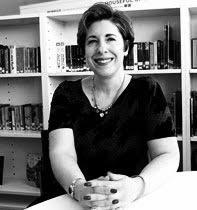 ITE specialist and Director of ConsultED

Jo McShane is director and founder of an educational consultancy in the North East of England. Prior to this, she worked as director of secondary PGCE in a university setting and went on to co-found a SCITT. Jo has written extensively for teaching magazines and was co-editor ‘Teaching and Learning Up-date’ until 2012. As an RE teacher, her specialist knowledge is within secondary education though she is currently working as a consultant within the FE work stream. Jo has worked as a local authority advisor, an assistant principal and held two directorships. She is currently engaged in consultancy as a means of extending her specialism to the leadership of EAL interventions alongside live participation in a local authority’s engagement with the ‘Promoting Achievement in Looked After Children (PALAC)’ project in conjunction with the Institute of Education. This varied experience is serving as an enriching means of deepening and extending her own professional development.