For just over five years a unique project has examined the situation of further education (FE), mainly in England but also elsewhere in the UK, Australia and Ireland. The FE sector in England provides places for 2.2 million students, with more students aged 16 to 18 studying in colleges than at state-funded schools (AoC, 2019). Yet, FE in England (as elsewhere) is frequently overlooked by researchers and policymakers alike. In response, we offered a space for those interested in exploring the current state of FE to write their reflections, ideas and imaginings, the results of which are a trilogy of books to which over a hundred people including writers, illustrators and dancers have made a direct contribution.

The first book, published in 2015, was a metaphorical riposte to the dreary and pervasive trope that fixed the FE sector as passive Cinderella awaiting a prince who was taking a long time to show up. In Further Education and the Twelve Dancing Princesses, 12 writers took metaphors from another Brothers Grimm fairy tale, The Twelve Dancing Princesses, to celebrate the possibilities of the FE sector and to defend the sector’s democratic educational values. The recurring dancing metaphor that evolved from that writing represented those values as well as a mischievous resistance to what threatened them. ‘It is time for the sector of the dancing princesses to have its due and for FE’s cinders to be reignited’ (Daley, Orr, & Petrie, 2015, p. 10).

‘Our first book was a metaphorical riposte to the dreary and pervasive trope that fixed the FE sector as passive Cinderella awaiting a prince who was taking a long time to show up.’

Delighted by the reception that our princesses received, we proceeded to the second book, which provided a more bitter examination of leadership at all levels in the FE sector. Published in 2017, The Principal: Power and Professionalism in FE drew its metaphor from Machiavelli’s The Prince, and our many contributors employed Machiavellian metaphors to provide fresh visions of what leadership in the sector was and what it could be.

In our final book, published in 2020, we turned to Shakespeare’s The Tempest for our metaphorical conceit and asked contributors to contemplate their utopias and speculate on what FE might be. In Caliban’s Dance: FE after The Tempest we have collected an assortment of dreams and utopian visions that, born out of a commitment to the sector, inspire and challenge the reader to act.

We have positioned these books outside the usual format of academic writing in order to include practitioners and sector leaders. Contributors were encouraged to write freely in support of their ideas and to share their passion for FE – it is ‘such stuff as dreams are made on’ (The Tempest, IV:I, see Kermode, 1964, pp. 148–158). Individuals can influence the sector, and we editors have been fortunate to have encountered so many whose answer to our ‘you dancin’?’ was ‘you askin’?’. This has been a joyful endeavour in support of FE.

Further education in England has been subject to other utopian visions, and since the 1980s there have been at least 28 pieces of legislation affecting the sector (Norris & Adam, 2017, p. 3). Policymakers perceive the sector as an engine for economic development and social justice, but they have overseen cuts in funding since 2010/11, leaving the sector with a smaller real-terms income than in 2002/03 (DfE, 2020, p. 22). Consequently, FE in England (as everywhere) needs defending and celebrating as never before. Caliban’s Dance evokes utopias but it ends with this urgent call:

Norris, E., & Adam. R. (2017). All change: Why Britain is so prone to policy reinvention, and what can be done about it. London: Institute for Government. 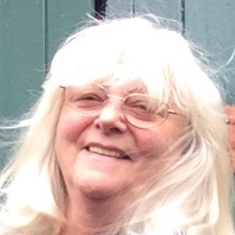 Before retiring Maire taught in FE for more than 30 years, latterly as a teacher educator. An active trade unionist, she was a member of the National Executive Committee in NATFHE and UCU, chair of UCU’s education committee, and a member of the women’s, LGBT and international committees. Her 1980s NATFHE conference dance moves are legendary. 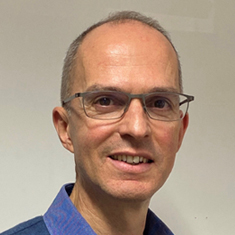 Kevin Orr is professor of work and learning at the University of Huddersfield, where he has been since 2006. Prior to that he taught in colleges around Greater Manchester for 16 years. His research mainly focuses on further education and vocational education and training. He is an enthusiastic dancer. 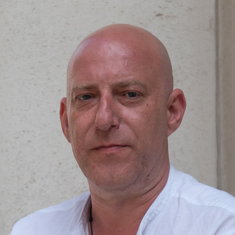 Joel Petrie has worked in post compulsory education as a lecturer, teacher educator, manager and trade unionist for longer than he cares to admit. He is currently completing an educational doctorate at Huddersfield University on leadership in further education. He cannot dance (but if Spiritualized plays he can be persuaded…).