Although women constitute more than half of the secondary teaching workforce in the UK, they continue to be underrepresented in senior leadership, especially headship. There are multifarious reasons for this, but one strikingly constant factor seems to be that women who become mothers are still taking primary responsibility for childcare.  This can impact significantly on their career progression, a factor that many women acknowledge as inevitable.

Whilst many fathers are family-oriented and very much involved in childcare and housework, a key difference, as McRobbie (2009: 81) has argued, is that a man’s decision to devote more time to his family continues to be ‘a personal choice’, whereas for a woman it is the norm, the socially expected decision. Images of motherhood and associated values are reinforced through literature, the media, popular entertainment and culture, industries that work to reinforce traditional messages about women’s roles. Mass media frequently blame working mothers for ‘damaging’ children (for example, the Daily Mail headline, 1 August 2014 reads, ‘Working mothers risk damaging their child’s prospects’ (Doughty 2014)). Such reports portray working mothers as the cause of a range of social ills, conveying the message that decent, caring women prioritize bringing up their children and do not abandon them for the selfish pursuit of a career.

The constant drip effect of these messages can result in women’s career choices being constrained not only by structural factors such as job availability and the cost and (non-) availability of childcare, but also by what McCrae (2003: 329) calls women’s ‘inner voices’ and beliefs, ‘about being a mother, about being an employed mother, and about the implications of the latter’ which can work to curtail the choices that women consider to be open to them. These beliefs are formulated through powerful social discourses that define women’s role as mothers, and in relation to which our self-perceptions and self-expectations are formed.

Strategies that are ostensibly devised to ‘support’ working mothers, such as childcare provision or flexible working hours, can convey the implicit message that it is up to mothers (rather than parents) to find ways to manage the dual load, reifying rather than dismantling the notion that women with children and a career must find ways to take charge of both. Images in popular culture of ‘the glamorous working mother, the so-called yummy mummy, the city high-flyer who is also a mother’ (McRobbie 2009: 80) reinforce the notion that women can, and should, ‘do it all’, i.e., a successful career and motherhood. This is constructed as freedom of choice and an ‘alternative to traditional economic dependence on a male breadwinner’ (McRobbie 2009: 80), yet works to protect masculine hegemony, as the fundamental assumption that, essentially, women care for children, remains intact.

Moreover, hegemonic discourses about women’s ‘natural’ roles as mothers and nurturers extend into constructions of their work as teachers, locking women into (and discouraging men out of) what are commonly perceived to be maternal, caring, supporting roles in the educational workplace. Within this culture, men who choose, for instance, to work with young children are placed under particular scrutiny and viewed with suspicion, in a society in which the care of small children is constructed as feminized work. The same set of well-established gender stereotypes ‘cast men as leaders [and] women as supporters and nurturers’ (Coleman 2011: 13), effectively ensuring many women remain for the most part ‘outsiders’ (ibid.) to leadership.

If we were to move from the gender binary towards discourses of androgyny in the construction of parenting, teaching and school leadership, we may be able to maximize the involvement of men and women in raising and teaching our children and leading our schools

We need to re-think simultaneously the largely unquestioned expectations of women and men in the contexts of the family and educational institutions. If we were to move from the gender binary towards discourses of androgyny in the construction of parenting, teaching and school leadership, we may be able to maximize the involvement of men and women in raising and teaching our children and leading our schools. An emphasis on parenting rather than mothering, in tandem with a notion of professional care as a part of the teacher and leader ethic, rather than as typical of one sex or the other, might provide the foundation for more equal sharing of child-rearing, teaching and school leadership work and bring about real change to a strikingly constant set of constraints. 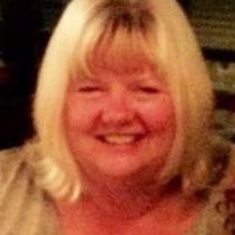 Lecturer in Education at University of Leicester

Joan Woodhouse is Lecturer in Education at the University of Leicester and is currently the Postgraduate Tutor with responsibility for the EdD (Doctorate of Education), a part-time, professional doctorate programme designed for full-time teachers.

Setting and the academic underachievement of white working class boys