Conducting research in naturalistic settings is not as straightforward and orderly as described in research books and journal articles. In this blog post, I will briefly reflect on the challenges I faced when implementing longitudinal research in early years settings, the approach I adopted to overcome these challenges, and conclude with a recommendation on how researchers could avoid or diminish these challenges in future studies.

My research aimed to capture the possible effects of mobile games on pre-schoolers’ science learning and understanding. The interactions of a considerable number of children (approx 100) with mobile devices would be monitored over a period of time to capture any changes in their learning. The first challenge I faced was the recruitment of preschools. My initial approach to make contact via email was rather unsuccessful. Only few replies were received of which only two expressed some interest in a follow-up meeting. To my surprise, the specific two school managers perceived mobile technology as being unnecessary in early years and they were not willing to participate. To avoid any misinterpretation, the National Literacy Trust (Formby, 2014) makes reference to 1 in 4 educators only as being reluctant or rejecting the use of mobile devices in early years settings. The two school managers I met are less likely to reflect the perceptions of the majority of early years educators, yet they represent a considerable portion of them and raise issues of resistance to technology in early years settings. This challenge was gradually resolved through personal contacts that happened to know practitioners in the field. Of the 5 schools identified and required to reach the target of 100 participants, one withdrew last minute and one postponed the process of data collection several times due to school obligations. After several months, its involvement in the research is still pending.

Gaining parents’ consent for the participation of their children in research was the second major obstacle I faced. The strategy used to approach parents and gain consent is essential in this respect. Emailing parents was found to be ineffective as very few replies were received. On the contrary, having the school manager handing the consent form to parents in person and briefly explaining the benefits from taking part in research was a productive strategy. Around 60% of parents was willing to consent, hence shrinking the sample size of the study from 100 to 60 participants.

The final major challenge I encountered related to the longitudinal nature of the study and the young age of participants, which in turn had an impact on the number of participants. Young children were often absent from school or not willing to collaborate either delaying the process of data collection or making the data invalid and unusable. Other times during the data collection, children were observed to imitate their classmates’ responses raising the need to remove their input from subsequent analysis. In other cases, they managed to switch off the recording facility of the mobile devices leading to losing valuable data.

What my experience suggests is a more close collaboration between researchers and practitioners at the very early stages of research when ideas are yet shaped and negotiated. In (Nissen, 2009) terms, “practice research” is what would allow a productive dialogue between research and practice and the building of common models of reality. Rather than treating participants as contributors of data to research, it would be more beneficial to engage them in the entire process of scientific research shaping together research questions and devising collaboratively methodologies to solve these questions. In Nissen conception, both researchers and practitioners should be conceived as participants working towards the development of new understandings. In practice, researchers when applying for funding should provide evidence of practitioners’ engagement with research and details of their involvement in the different stages of research. This approach would ensure that participants have already been identified and are committed to join research activities when and if requested. Research that is tightly connected to practice shall create a capacity to identify how research is interpreted in practice, allow for ongoing questioning and conceptual development, and strengthen educational research in the long term. 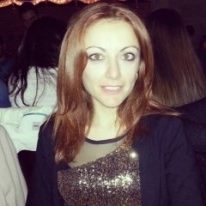 Christothea Herodotou is Lecturer in Innovating Pedagogy at the Open University UK and a BERA member. She is interested in technology-enhanced learning, in particular, mobile and game-based applications and science education, and the evaluation of educational interventions.