Since 2013, the Wales Institute of Social & Economic Research Data & Methods (WISERD) has conducted research with pupils, teachers and parents in 29 primary and secondary schools throughout Wales. The aims of the WISERDEducation study are to increase Wales’ capacity to carry out high quality educational research and to improve the quality of learning and standards of teaching and teacher education in Wales.

In 2013, we surveyed 849 secondary school pupils on a number of items related to the Welsh language. Of the pupils we surveyed, roughly 25% said they were fluent in Welsh, with the vast majority reporting having some ability to speak the language. We asked the pupils how important they felt it was for them to learn Welsh, and 64.5% of them stated it is important to learn the language. In regard to speaking Welsh, 59.5% also agreed it is important. A large majority of our pupils also feel it is important for Welsh to remain a living language (nearly 75%), yet, when we asked about their use of Welsh in their daily routines, only about 15% said they spoke Welsh every day.

In 2015, we held focus groups with some of these pupils. Overall, attitudes were positive. They felt the language added a level of distinction to the Welsh identity and that they enjoyed that dimension of their (or a) Welsh identity. We also discovered interesting gendered differences, but for the purpose of this blog, I’d like to focus on common themes throughout our sample.

Levels of fluency and use also provided interesting discussions. For example, pupils fluent in Welsh mentioned the cultural and social value of Welsh, particularly in managing relationships with family and the community, but non-fluent pupils struggled in understanding how Welsh made those experiences “different” or “better.” Many of the young people in our focus groups felt they could speak Welsh, but they didn’t feel fluent or even that they could carry a meaningful conversation outside of initial greetings and small talk. Their lack of use and exposure to conversational Welsh eroded their confidence in speaking the language.

The shift from engaging Welsh as an actual “living” language to understanding it as a language of “study,” coupled with perhaps an undue emphasis on a qualification, seems to diminish the value of speaking Welsh

Perhaps the most important thing we learned was the majority of pupils felt that, apart from their experiences in primary school, they are essentially “disconnected” from the language and its use. Many remarked that during their primary school experience, Cymraeg featured more prominently, which in turn, spilled over into the everyday activities of their young lives. As young pupils, they had more confidence in speaking Welsh because it was a normalised feature of their schooling and social experience. Many pupils felt that, as they grew older and advanced through schooling, the emphasis of using the language as a normal activity for communicating and managing relationships was replaced by an instrumental approach to “learning” Welsh that focused on exams and results rather than genuine language acquisition and/or appreciation. The shift from engaging Welsh as an actual “living” language to understanding it as a language of “study,” coupled with perhaps an undue emphasis on a qualification, seems to diminish the value of speaking Welsh and its status as a method of expression and social interaction.

These findings suggest Welsh should feature more prominently in spoken word in both lessons and in the daily interaction of teachers and pupils. Additionally, pupils feel the current focus on exam scores do not reflect their academic achievement or respect their goals as Welsh language learners. As a result, current instructional practices in school, due to an instrumental rationale and inadequate/inappropriate assessment, undermine the very goals of the language policies that put these pedagogical practices into place.

Our findings further suggest, the greatest challenge facing the promotion and conservation of the Welsh language is in normalising Cymraeg into the socio-cultural understanding and experiences of young people in Wales. In achieving this aim, educators and policy makers are faced with the daunting task of improving instructional approaches to Welsh languages lessons and “authentically and organically” embedding the Welsh language as a meaningful and valuable aspect of pupils’ everyday lived experiences. 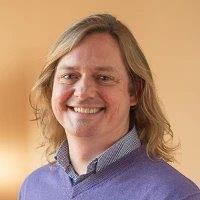 Dr Kevin Smith is a Senior Lecturer in Education at Cardiff University. For the past three years, Kevin has conducted research on the WISERD Education study, a longitudinal study involving 1500 pupils in 29 schools across Wales. Prior to joining WISERD in February 2013, Kevin worked in Nuku’alofa, Tonga as the Fellow in Curriculum at the Institute of Education with the University of the South Pacific where he conducted research in curriculum, initial teacher training and educational policy and planning. Kevin utilises quantitative and qualitative approaches in his research, focusing on curriculum, cultural studies and pedagogy. He enjoys working with practitioners, drawing upon his experience as a secondary school teacher in developing approaches to curriculum and instruction that acknowledge and encourage pupils’ and teachers’ intellectual curiosity and critical thinking. He is also interested in investigating engagements with critical pedagogy in both formal and informal educational spaces.

Fy Ardal/My Neighbourhood: Pupils’ perceptions of place — a pedagogy for living in Wales