The place of ‘knowledge’ in the school curriculum is highly contested. Schools Minister Nick Gibb recently claimed that in the thousands of lessons he has observed, knowledge is ‘relegated to the backseat’ while ‘joyless ‘skills’ and ‘processes’’ are brought to the fore. Mr Gibb argues there remain ‘many working within education’ who would challenge his ‘assumption that a core academic curriculum is a valuable inheritance for all pupils’. One of the strongest challenges to a core academic curriculum came from the sociologist Michael Young. His 1971 edited volume Knowledge and Control offered a radical critique of disciplinary knowledge. He and others argued that knowledge produced by disciplines could be reduced to their context of production. The elitism of the disciplines excluded many in society, contributed to cultural reproduction, and worsened inequality. So, the argument went, the role of disciplinary knowledge in schools should be reduced, thus fighting inequality and addressing historic injustices.

it is a social justice imperative to make powerful knowledge available to all, regardless of background

However, Young’s story does not end there. After a further thirty years of researching and thinking about ‘the question of knowledge’ – which Young notes as having been ‘harder than I first imagined’ – his position changed significantly. Rather than the disciplinary context providing the basis for debunking knowledge claims, his more recent work, including Bringing knowledge back in argues that disciplinary communities provide the most powerful context for knowledge creation, and the purpose of schools is to introduce all students to this kind of knowledge. Young uses the term ‘powerful knowledge’ to describe disciplinary knowledge, and contrasts this against ‘everyday knowledge’. He now argues that it is a social justice imperative to make powerful knowledge available to all, regardless of background.

Awarding bodies – which are largely disconnected from disciplinary communities – play multiple roles in the selection and recontextualisation of knowledge taught in school subjects. They set the content that needs to be taught (the examination specification), guidance for teaching this content (delivering the specification guides and CPD courses), materials to present this content (specification-endorsed textbooks and resources), questions to measure students’ grasp of this content (assessment materials), and the basis against which students’ (and teachers?) success is judged (examination marking, moderation and standardisation).

Evidence from a recent ethnographic study of secondary school geography departments (Puttick, 2015) suggests that the current role of awarding bodies and accreditation in England may limit students’ access to powerful knowledge. Students are often told that a topic is studied ‘because we have to’, or because ‘it’s on the specification’, and ‘it will be on the exam’. Students expect, and accept, a rationale based on accreditation. When they were unhappy to be studying a topic the first question they asked (if the reason had not already been given) was whether or not they ‘needed’ to know this. ‘Miss, will this be on the exam?’ The implicit value attributed to studying school subjects both by teachers and students was often expressed in terms of accreditation.

If the knowledge taught in school subjects is there primarily for the exam, and awarding bodies exert considerable influence over this knowledge, then students’ (and possibly teachers’) access to powerful knowledge is restricted. The current roles and nature of awarding bodies raise significant questions for those interested in the place of knowledge in the school curriculum.

A fuller account of the argument expressed here can be found in Puttick, S. (2015) Chief Examiners as Prophet and Priest: relations between examination boards and school subjects, and possible implications for knowledge, The Curriculum Journal, 26(3), pp.468-487.

Gibb, N. (2016) What is a good education in the 21st Century? (Speech) [Online] Available at: https://www.gov.uk/government/speeches/what-is-a-good-education-in-the-21st-century [Accessed 10th February 2016]

Young, M. (2008) Bringing knowledge back in: From social constructivism to social realism in the sociology of education, Abingdon: Routledge. 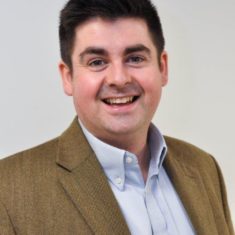 Dr Steve Puttick is the Head of Programmes (Secondary, FE, PDE) at Bishop Grosseteste University. He was previously the head of a comprehensive secondary school geography department, before being awarded an ESRC 1+3 studentship to read for an MSc in Educational Research Methodology and then a DPhil (PhD) in Education at the University of Oxford.  The main focus of Steve’s research is on geography education, knowledge, and school subject departments. Recent publications include Performativity, guilty knowledge and ethnographic intervention (Ethnography & Education), and Chief Examiners as Prophet and Priest: relations between examination boards and school subjects, and possible implications for knowledge, (The Curriculum Journal). His chapter on Researching Geography Education will soon be available in the Geographical Association’s forthcoming Secondary Geography Handbook.