While children in England are invited to join reception in the September following their fourth birthday, the child will not reach compulsory school age (CSA) until the term following their fifth birthday (DfE, 2014). For ‘summer-born’ children who are born between 1 April and 31 August, this is the September following their fifth birthday, making them the only children who do not reach CSA during their reception year. This means that exercising the legal right of starting them at CSA can also mean sacrificing their first year of education. In 2014, the School Admissions Code (DfE, 2014) was altered to allow greater flexibility for parents, and now states that the parents of summer-born children may request that their child entering school at CSA be admitted ‘out of their normal age group’ into reception rather than year 1. This must be determined by admissions authorities ‘on the basis of the circumstances of each case and in the best interests of the child concerned’ (DfE, 2014, p. 25), while considering the academic and social development of the individual child alongside the views of the parent and headteacher.

These changes were introduced due to concerns about the performance and wellbeing of summer-born children in school. Campbell (2013) found that summer-born children were more likely to be in lower-ability streamed sets at the end of key stage 1, while Crawford, Dearden and Greaves (2013) found that they are more likely to be labelled with special education needs. Research from Daniels, Shorrocks-Taylor and Redfern (2000) indicates that entering the classroom at a younger age does not offer any significant benefit to attainment and speculates that this may be due to a lack of maturation or an ineffective classroom for those youngest in the cohort.

While some admissions authorities have embraced the change in legislation, others remain resistant and often uneducated about what question they are required to answer. Frequently, headteachers and admissions authorities place the responsibility of choice on parents, insisting that their child can be catered for at the age of four and that a ‘delay’ is unnecessary. This approach circumvents the purpose of the clause in the government’s admissions code and places focus on the wrong subject. The parent’s legal right to start their child at CSA is not an issue – their rationale for choosing to exercise this right is not up for debate. The only thing that admissions authorities are required to consider is whether it is in the child’s best interests to miss a year of schooling, and if so, why.

‘The parent’s legal right to start their child at CSA is not an issue – their rationale for choosing to exercise this right is not up for debate. The only thing that admissions authorities are required to consider is whether it is in the child’s best interests to miss a year of schooling, and if so, why.’

So why is there still so much misinformation and resistance around this clause, six years after being added to the Code? The Department for Education published two reports that surveyed local authorities about how they handled these ‘out of cohort’ requests (Cirin & Lubwama, 2018; Abrahams & Cirin, 2019). However, the later report asked authorities whether they ‘routinely encourage parents who are seeking a place out of year group to speak to schools about how their child’s needs could be met in reception at age four’ (Abrahams & Cirin, 2019, p. 13). Both reports repeatedly frame the language around allowing or disallowing delays, with no emphasis on determining the best interests of the children.

The discourse is structured through policy documents such as these research reports to reiterate the idea that a summer-born child starting reception at CSA is exceptional and a circumstance that requires justification. As any child born between 1 September and 31 March can begin their education at CSA with an automatic entry to reception, the fact that summer-borns are not given the same opportunity is already unjust. With the added confusion around the issue with muddled terminology and the ambiguity that leads to a ‘postcode lottery’ of sorts throughout the UK, the well-intended changes to the Code have added to this disparity. The Summer Born Campaign seeks ‘an amendment to the School Admissions Code that ensures fair and equal access to Reception class for summer born children starting school at compulsory school age, without penalty’. This clarification would allow summer-born children the same rights as those fortunate enough to be born in other seasons, and an equitable start to their education without the need to fight for it. 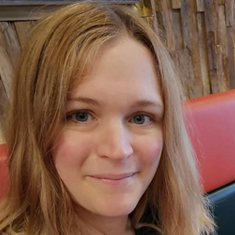 Jessica Tawn is a PhD research student in the School of Education at the University of Birmingham. Her master’s dissertation explored compulsory school age reception admission for summer-born children, and parents’ motivations and experiences in navigating the process. Jessica has varied interests in educational research, particularly in inclusion for deaf/hearing-impaired students, seasonal birth differences and critical pedagogies. She is also a proud mother of four children, one daughter and three summer-born sons.

Sites of resistance: Gypsies, Roma and Travellers in school, community and the academy