Overall, teacher educators generally tend to be seen as ‘an ill-defined, under researched and sometimes beleaguered occupational group’ (Menter, Hulme, Elliott, & Lewin, 2010: 11). BERA and the RSA have also argued that, ‘In England, the nature of teaching is contested, while the value of research in teacher education has arguably diminished over time’ (2014: 6). Research from a range of countries, including the UK, Australia, the Netherlands and the European Commission evidence the low status of vocational education and training, post-school work, and that of the associated field of teacher education (Al-Saaideh & Tareef, 2011; Misra, 2011; Skills Commission, 2010; UNESCO & International Reading Association, 2008). The UK post-compulsory education (PCE) sector and its community of teacher educators (TEds) has experienced particularly difficult times over the recent period of austerity, even though the mainly workplace-based partnership model of PCE teacher education resonates well with key thinking and current developments in the broader field of teacher education and has been shown to be effective at connecting and supporting PCE teaching professionals.

Here are a few interesting facts about PCE you may not know.

‘Teacher educators in the post-compulsory education sector are more “invisible” than many other professionals working in the “Cinderella sector”, despite the fact that they train a significant number of England’s teachers.’

The fourth of these ‘interesting things’ really emphasises the incredible volatility and change that the PCE sector experiences. You would be forgiven for wondering how the other three were ever achieved. The ‘Cinderella sector’ is rightly proud of its achievements, but is often almost invisible to governments and much of the public at large. PCE therefore finds it difficult to get its voice heard. Within this professional invisibility, one group of professionals is even more invisible than many of the others, and that is post-compulsory TEds. The volume of teachers trained in the sector is significant, and between 2010 and 2013, when a teaching qualification was mandatory in PCE, it was not unusual for more PCE teachers to be trained each year than the combined total in primary and secondary initial teacher education.

Since May 2011 a voluntary and self-organised research network of post-compulsory teacher educators (Teacher Education in Lifelong Learning, or TELL) has been working to:

TELL now has over 300 members across the sector, is self-managed and works without funding. Members host four or more free meetings each year, and we join with other networks to share meetings. Over 200 people attend these meetings each year. Members usually receive around five email updates each year, featuring research, publications and events. As part of the work of the network, the first ever book by PCE TEds about PCE teacher education was produced in 2016. Jim Crawley (the editor), Carol Azumah Dennis, Vicky Duckworth, Rebecca Eliahoo, Lynn Machin, Kevin Orr, Denise Robinson and Nena Skrbic are all well-known and well-respected practitioners in PCE, and the timely book draws together research and thinking about PCE, and PCE teacher education in particular. It carries a positive, forward-looking message that PCE transforms the lives of many in the UK, and that teachers in the sector are well supported by their own teacher educators.

To find out more about TELL, visit teachereducator.org.uk/tell 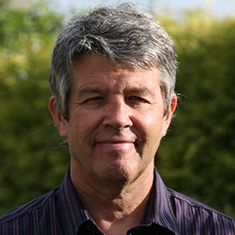 Time to consider a ‘career in education’, rather than a ‘teacher career’?