In 1973, at the beginning of the 1970s international oil crisis, and amid emergent Watergate revelations, Paul Simon sang ‘we come in the age’s most uncertain hour…’. At around the same time in England, an impetus arose within the fragile Callaghan Labour government to exert more control over schools following the 1974 William Tyndale scandal (Haigh, 2006), which continued into the first Thatcher government elected in 1979. Wilby (2013) describes the ministers of Thatcher’s cabinet ‘behaving as though education were an ailing, near-bankrupt industry [while their] treatment of universities was compared to Henry VIII’s dissolution of the monasteries’.

‘Psychological attachment theory predicts that when nations experience socio-political uncertainty, the population becomes collectively anxious and the state responds by “behav[ing] like the parent of an avoidant child… and tries with increasing state power to quell expressions of discontent”.’

Psychological attachment theory predicts that when nations experience socio-political uncertainty, the population becomes collectively anxious and the state responds by ‘behav[ing] like the parent of an avoidant child… and tries with increasing state power to quell expressions of discontent’ (Holmes, 1996, p.39). The UK and US are again experiencing societal precarity following the world economic crisis of 2008, particularly during the Trump presidency and the unfolding Brexit situation, and yet again in England we find a strong thread in education culture that seeks monolitihic control, particularly through statutory testing, ‘datafication’ and ‘hyper-governance’ (Bradbury, Lee & Roberts-Holmes, 2017). However, when applied to the arena of educational research and innovation such a frenetic drive for exactitude creates a cascade of problems: human beings are far more inherently variable than rocks or chemicals, and it has long been understood that the social sciences consequently cannot examine their subject matter to the same levels of proof that are possible in the physical sciences.

This quest for certainty, alongside the growth of social media self-publishing, has recently led some high-profile education commentators towards over-simplistic parsimonious commentary upon complex, longstanding issues – such as a proposed quest for ‘genetically engineered intelligence’ (Young, 2015) – and a range of dogmatic, unevidenced opinion pieces on psycho-educational topics. For two examples of the latter: ‘teachers are routinely faced with students with officially sanctioned diagnoses of dyslexia. What do you do, if you think, as I do, that it’s a load of old pony?’ (Didau, 2013); and ‘we know that slogans like “positive behaviour management” or “restorative justice” mean little more than letting kids get away with it’ (Old, 2018). While these writers focus on different areas of education policy and practice, they are nevertheless united in their lack of discursive engagement with theoretical and empirical evidence: for example, current neurological research on dyslexia (Norton, Beach & Gabrieli, 2015); the opinion of the world’s leading IQ-focussed geneticist that intelligence emerges from complex transactions between genes and environment (Plomin, no date); and the extensive debate relating to restorative practice in education (see for example Song & Swearer, 2016).

In 2016, directly following Britain’s referendum on EU membership, I commented on the poor conduct of David Cameron’s Tory government, proposing that it had led to a ‘disaffected British population behav[ing] as… collective dysfunctional “offspring”’ (Jarvis, 2016). It would be surprising if English education policy and practice had not been deeply affected by a socio-political crisis as monumental as the Brexit situation. However, particularly during the inevitably unsettled period of transition, a highly public counter-academic discourse is potentially corrosive to the UK’s standing in the international arena of education research. Perhaps, then, professionals who publicly comment on education topics could more carefully consider the guidance offered by BERA’s ethical guidelines, particularly their injunctions to ‘contribute to the community spirit of critical analysis and constructive criticism that generates improvement in practice and enhancement of knowledge’, and that ‘educational researchers should not criticise their peers in a defamatory or unprofessional manner, in any medium’ (BERA, 2018, p.29).

Holmes, J. (1996) Attachment Theory: a secure base for policy? In S. Kraemer and J. Roberts (Eds.) The Politics of Attachment: Towards a secure society (pp.27-42). London: Free Association Books.

Old, A (2018, May 30) The progressive narrative on behaviour, part one. Scenes from the Battleground. Retrieved from https://teachingbattleground.wordpress.com/2018/05/

Wilby, P. (2013, April 15) Margaret Thatcher’s education legacy is still with us – driven on by Gove. Guardian. Retrieved from: https://www.theguardian.com/education/2013/apr/15/margaret-thatcher-education-legacy-gove

Young, T. (2015) The Fall of the Meritocracy. Quadrant Online. Retrieved from: https://quadrant.org.au/magazine/2015/09/fall-meritocracy/ 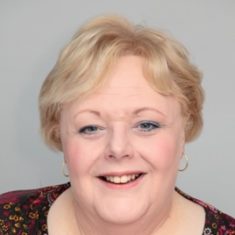 Dr Pam Jarvis is a chartered psychologist and a historian. Her key research focus is the wellbeing of children, young people and their families, and the development of social policy to support this. She has numerous publications including the books Early Years Pioneers in Context, The Complete Companion for Teaching and Leading Practice in the Early Years and the article ‘On “becoming social”: the importance of collaborative free play in childhood’. Her PhD focussed on play-based learning in 4–6-year-olds. She is currently reader in childhood, youth and education at Leeds Trinity University. She is one of the editors of Perspectives on Play, the third edition of which will be published in December 2018. Her email address is p.jarvis@leedstrinity.ac.uk and she tweets @Dr_Pam_Jarvis [twitter.com/dr_pam_jarvis].

Giving a Voice to Mothers