Like many lecturers in higher education I weary of the techno-managed, audited and performance-reviewed life we lead. I can’t believe in it and it all seems so poor and, contrary to the narrative of ‘excellence’ is actually going down in terms of real intellectual worth. But I am caught in a quandary. It is not difficult to expose the poverty and obvious limits of managerial prerogatives or the positivist culture that supports them, but harping on about it, whilst necessary, is itself wearying because it tells of what is wrong rather than offering a positive way forwards. Besides, in the business of critique, the work of Henry Giroux, Gert Biesta or the many other penetrating commentaries lay bare the workings of modern academia. Much of what needs to be said has been said and well said and said again and probably better said than I could ever say it anyway – there is little need for another voice pointing out the nonsense of it all.

forced institutional learning, at least the sort with no personal investment, is, generally, pretty poor stuff

I wanted to show something positive about the pedagogic encounter, something suggesting how learning might really happen. So I looked for a literature that neither focussed on the wrongs of the audit culture nor naively believed in it. In my experience really good learning and by that I mean learning that breaks ground, that opens up, that sticks with you, that makes connections and that empowers the learner to see, and possibly act, in new ways, has little to do with the formal performances of the institution in terms of modular structures, aligned pedagogic elements or even assessment. Most really good learning happens when people immerse themselves in their subject. When they let it seep in from all angles and where they apply their will to engage it creatively. Sometimes it sits well with the formal contrivances of the university but very often it doesn’t. It comes in a conversation, in a penny dropping, in a glancing unpredictable experience, in hard scholarly systematic labour or incidentally along the way. Whereas forced institutional learning, at least the sort with no personal investment, is, generally, pretty poor stuff.

It was unsurprising therefore that I found the literature on kindness and care in teaching. There is some really good work out there! Nel Nodding’s work is genuinely helpful but I found a heartening piece by Sue Clegg and Stephen Rowland on kindness. It rejects the artificial binary ‘reason and emotion’, identifies the benefits of kindness in the pedagogic encounter and shows how kindness escapes capture by, and thereby potentially subverts, the audit culture. Great stuff – more of that please!

Very little can be simply abstracted from its context and the business of learning is no exception. The direction of travel of the corporate university is to minimise risk and control all elements of the business. As such kindness is brought into conflict with HE culture because it is risky – you can get it wrong. Kindness is not something that can be controlled via instruments of measurement. Institutionally therefore, kindness, which different from ‘duty of care’ or ‘acting according to professional standards’, is a potential threat. ‘Duty of care’ might originally have been a genuine attempt at institutional kindness but it has become a statement of institutionally agreed action – it is not the same as ‘kindness’ which is about one human listening to, and acting to provide, the needs of another.

being human is a potential threat to the institution

Sadly, ironically and by extension, the same could be said for humanity – as in being human is a potential threat to the institution. It partly explains the relentless drive to police the identity of ‘lecturer’ and replace it with something like ‘knowledge transfer technician.’ It might also explain the level of anxiety amongst HE professionals beaten up as they are by the terrors of performativity (Ball, 2003). Real kindness, care, witness, listening, respect and just the will to welcome students in to the world of intellectual work as an intrinsically valuable project, sit in a relation of tension, if not direct opposition, to the onward march of techno-managerial control. People in high places and believers in the system will, no doubt, rebuff my account with charges of conspiratorial thinking. But that is perhaps what unnerves me most about the audit culture – it is blind and unconscious. It is not a conspiracy, it just endlessly rolls on driven by corporate and market expediency. As a consequence the space for our humanity reduces. So colleagues, lets all be kind to one another and our students!

Gert Biesta (2010). Good Education in an age of measurement, Paradigm. 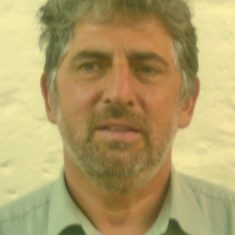 John Issitt is a writer and a National Teaching Fellow.  He has taught in schools, prisons, further education colleges, with the University of York where he was Provost of Langwith College and with the Open University for 23 years. He now works half time at York as a teacher of the philosophy of learning and international business and supervises students at Masters and Doctoral level.  John’s main interests are in the structure and presentation of knowledge. He pursues this interest through the study of educational media and the history of ideas as related to education and learning. John also studies the micro-politics of educational engagement in a range of learning situations and is an aspiring novelist.